We’re almost done - only a few more to go! 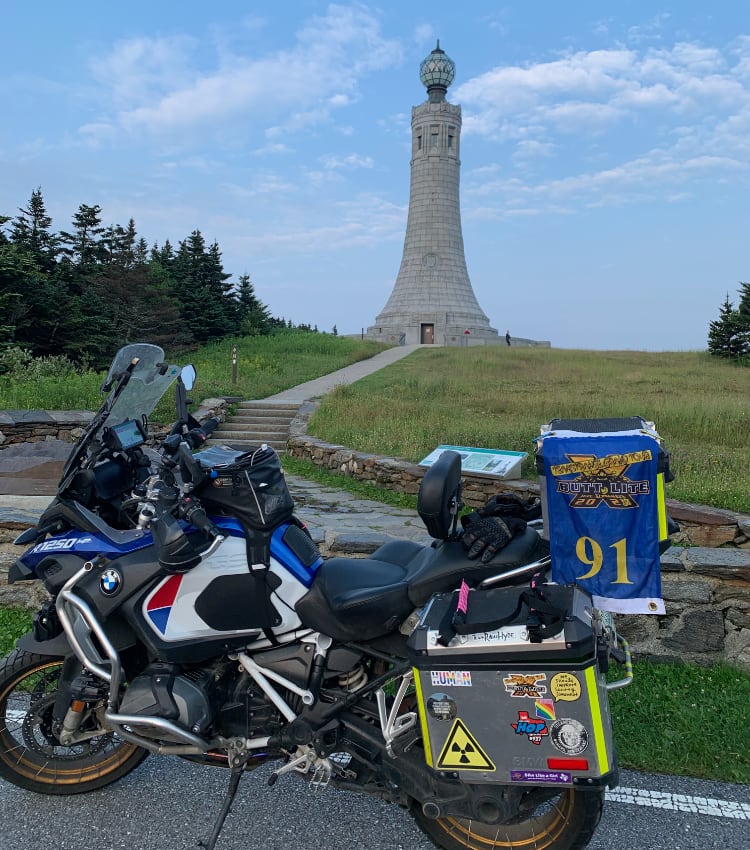 Take a photo of the War Memorial from the summit of the mountain. You do not need to walk to the monument; you may take the photo from the road at the summit (but not lower). You may be required to pay a $10 fee at the summit. 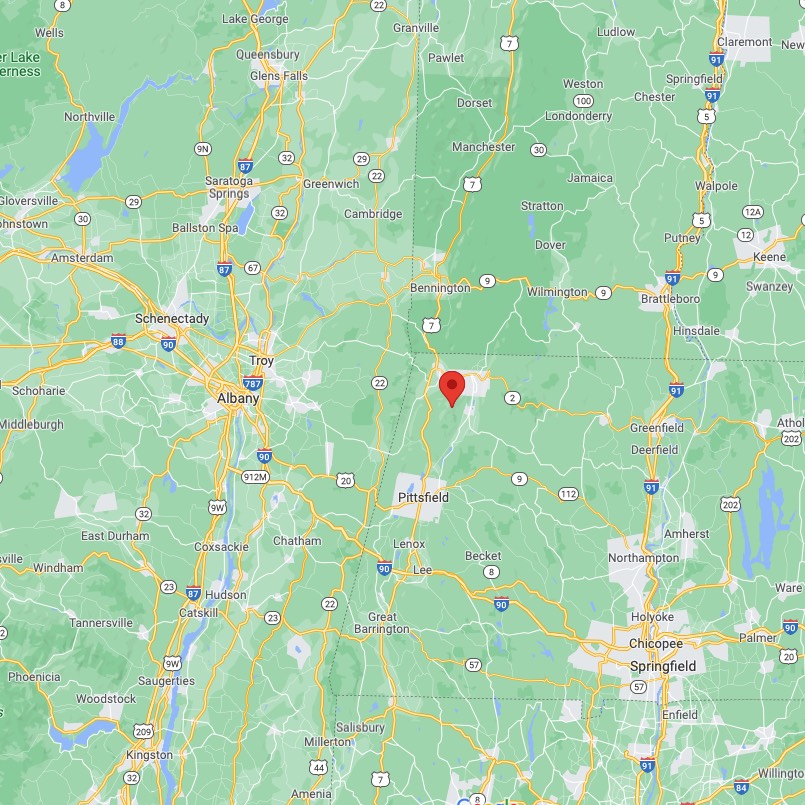 I lived my whole like not 40 minutes away from Mt Greylock, but aside from some pre-dawn drop-offs for hiking OFF the mountain, I never had been up here. A fun, twisty lane-and-a-half road in and back out, I really felt the weight of the big GSA and was getting a bit tuckered out. Not a fan of blind corners, you see. 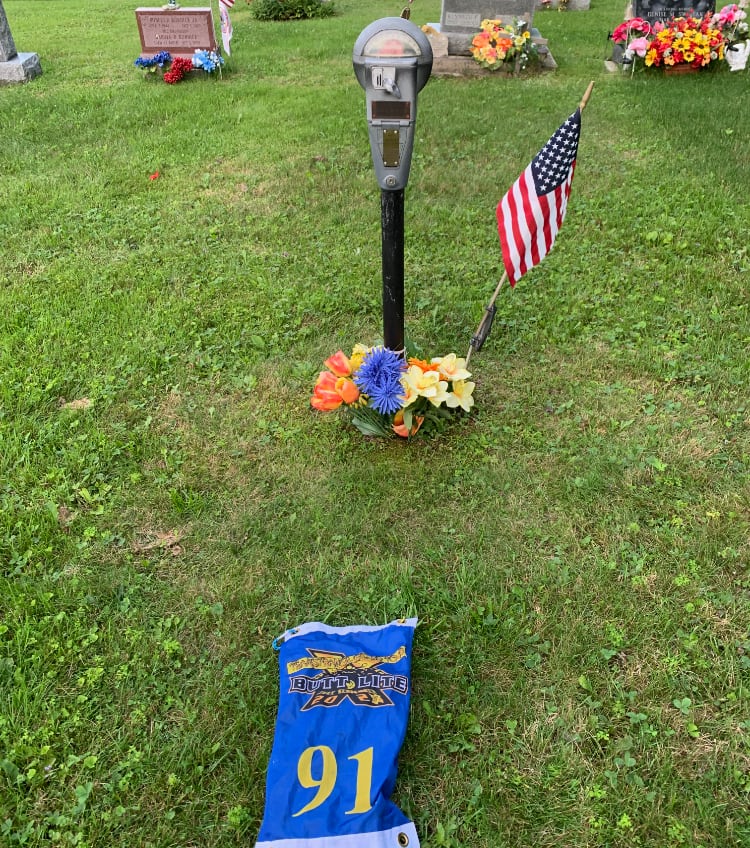 Gordy and Joyce Burdick’s grave is marked with an unusual headstone - a parking meter with the EXPIRED flag raised.

Take a photo of the parking meter grave marker. 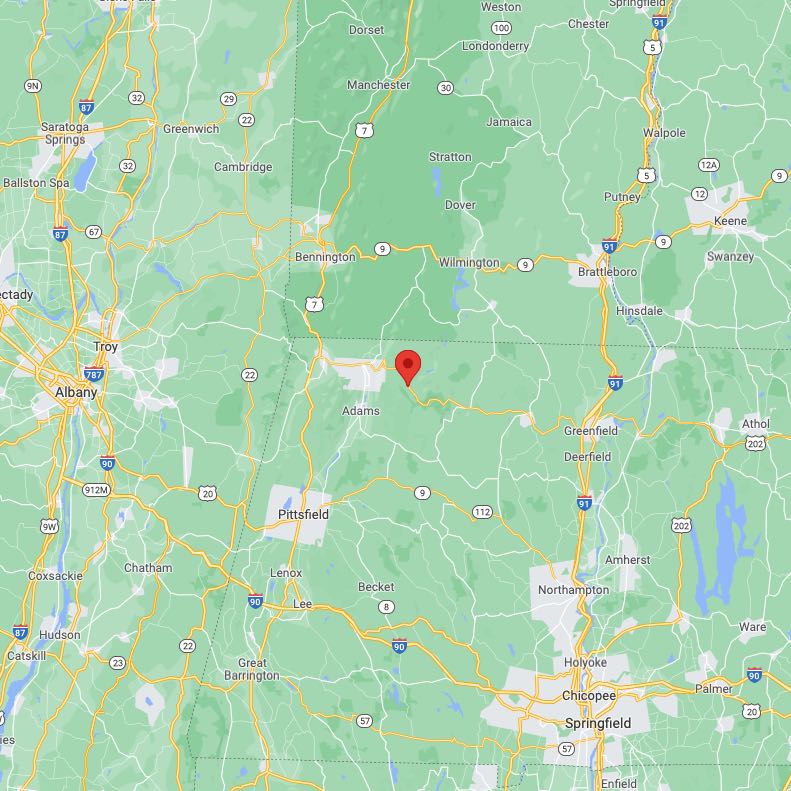 What you don’t see just to the left is the group of mourners - I really didn’t feel right riding the bike into this tiny, New England graveyard (which is only 15 miles or so from where I grew up!) My dad loves to show this one off to people - we’re a quirky bunch up in these hills!

..and just to prove that, here’s another headstone from another member of the Burdick clan; that traffic cone is bolted into the concrete base. 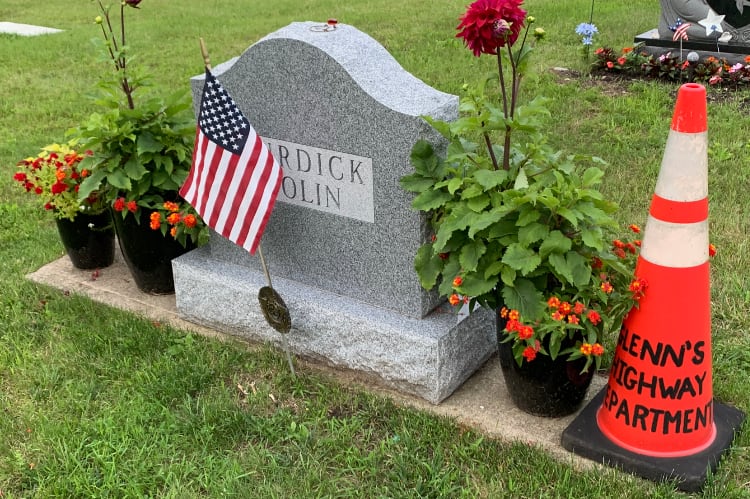 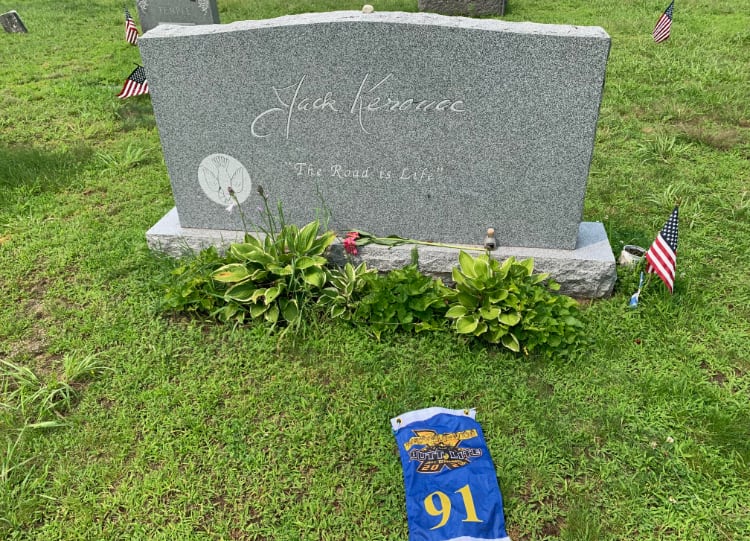 Would there be long-distance riding if Jack Kerouac hadn’t taken that road trip? “Nothing behind me, everything ahead of me, as is ever so on the road.”

“It’s hard to explain and best thing to do is not be false.”

“No man should go through life without once experiencing healthy, even bored solitude in the wilderness, finding himself depending solely on himself and thereby learning his true and hidden strength. Learning for instance, to eat when he’s hungry and sleep when he’s sleepy.”

“We had longer ways to go. But no matter, the road is life.”

Take a photo of the upright Kerouac family marker showing the inscription “The Road is Life”. 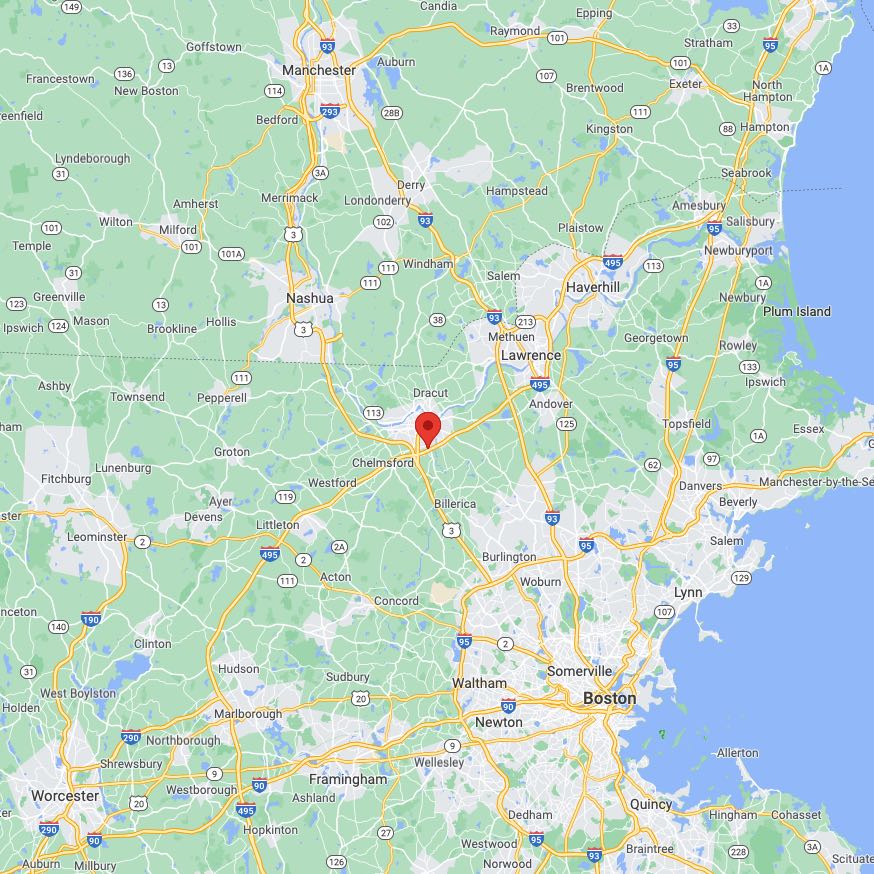 Jo and I headed over to Maine for a couple days so I could bag a few more Butt Lite locations, and then head to Acadia National Park so I could finish my National Parks Tour SILVER (and start my 2nd!) I was super fortunate to find such a great travel partner!

Now, technically speaking, I only had to submit 20 locations, but I was worried I’d bobbled a few early ones by not including a photo of my motorcycle at the location as well. READING COMPREHENSION IS CRITICAL! I elected to grab a number more, just in case those early ones weren’t accepted. 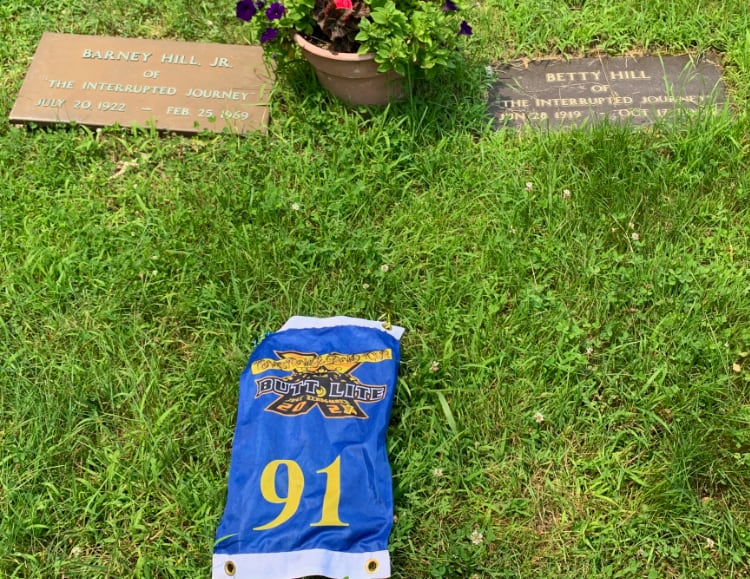 Betty and Barney Hill were the first persons to report being abducted by aliens from a UFO. They reported that the aliens claimed to be from the Zeta Reticuli star system. Skeptics believed that the incident was a hallucination brought on by the stress of being an interracial couple in 1960s America.

Take a photo of the flat grave markers of Betty and Barney Hill. 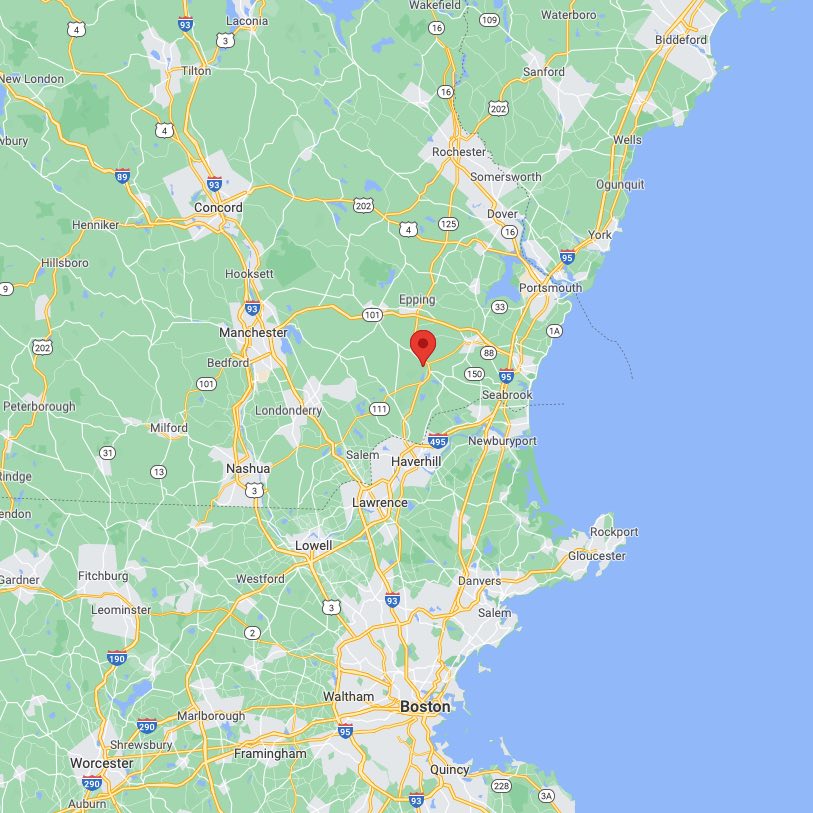 A sad story, and a tricky grave to find even with the precise coordinates and extended directions. The day was brutally hot as well, so we stopped and soaked down our gear using the groundskeepers hose. 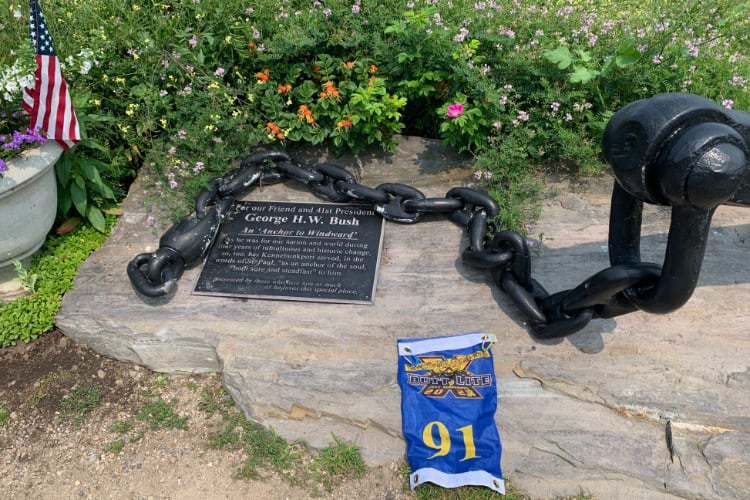 George HW Bush was a WWII hero and 41st President. In these parts the Bush family waterfront estate is a popular tourist attraction and the compound is visible from this bonus location.

Take a photo of the anchor and plaque for George HW Bush entitled “An ‘Anchor to Windward’”. 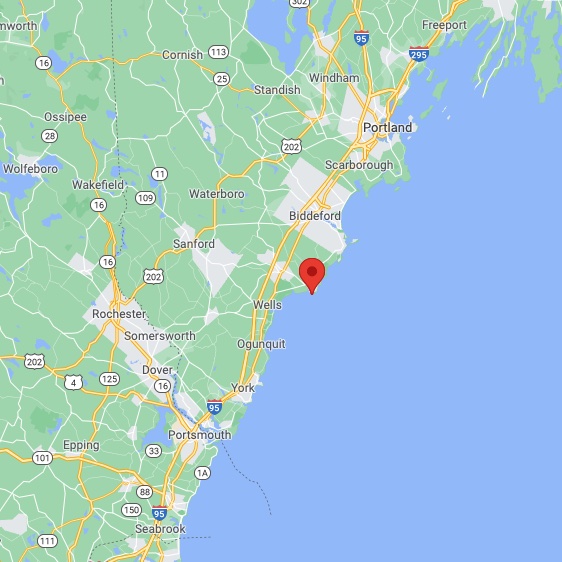 Kennebunkport was over-run with tourists, it being high season (and also our pre-Delta summer..) and we had the damndest time wiggling through town to this spot… and then getting back out was almost worse! Traffic at an absolute standstill through a tiny coastal village.. do the math.

The Bush family was in residence, the flag being flown and a fleet of black Suburban SUVs parked out front. A surprising number of folks with out-of-state plates all boiling around, taking photos of the distant compound. 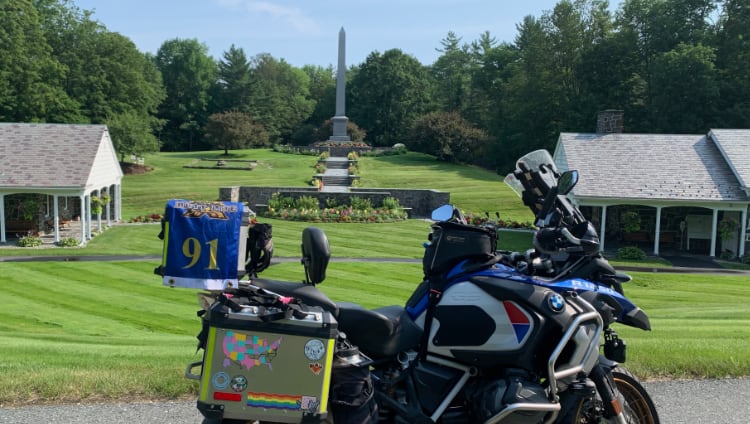 Joseph Smith received a revelation from the Angel Moroni and founded the Mormon religion. His birthplace in Vermont is memorialized with the world’s largest polished granite shaft. It is very shiny. 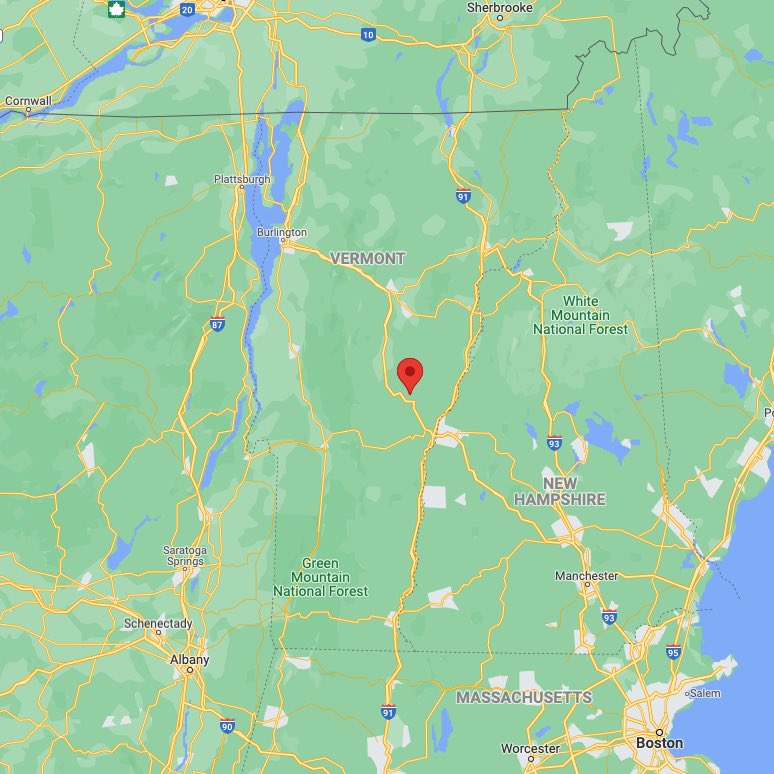 I grew up knowing that Smith had been born in Vermont, but never had reason to visit. There’s a fair bit of controversy locally around some large housing development projects that the LDS church wants to build near here that bring into conflict the gruff Yankee tolerance, pro-environmental protection and restrictive development laws, and our suspicion of those from away. I understand why folks were against the development, but it was couched in some pretty charged anti-Mormon language, and wasn’t terribly flattering (to say the least..)

On the way home, I swung by Marsh-Billings-Rockefeller National Historical Park, one of the only National Park stamps available in Vermont. The park itself is, as far as I can tell, only in the National Parks service because Rockefeller gave the farm to the US government and no one knew what to do with it… considering that most Vermonters grow up either working on farms or living cheek-by-jowl with farmers, it’s not like we need a “farming education center”… 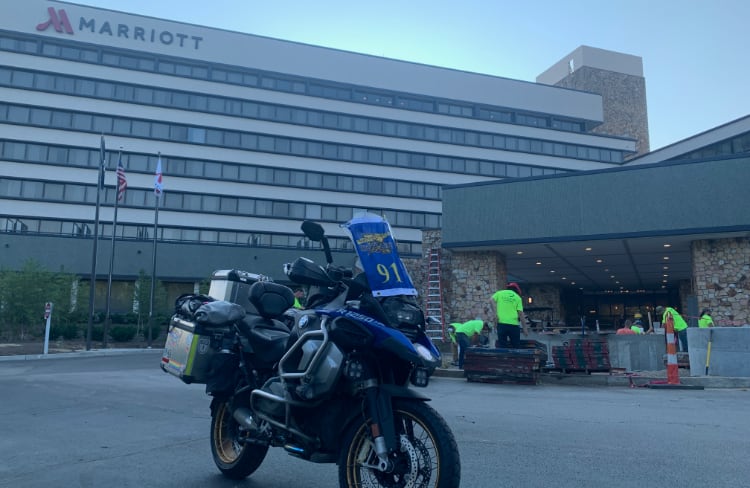 The finish of Butt Lite IX is at the Griffin Gate Marriott Resort & Spa (remember where you started?).

Take a photo of the front entrance of the Griffin Gate Marriott Resort & Spa. 1800 Newtown Pike. 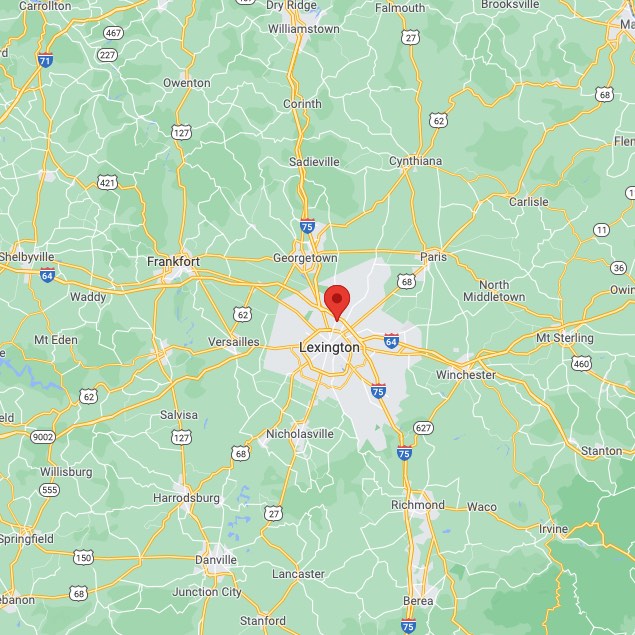 Tagged this one early on Day 3 of my 48/10 ride. Not counting the bonuses I thought might be denied, this was my 20th “for sure” bonus, and it seemed fitting for it to be FIN (finish). 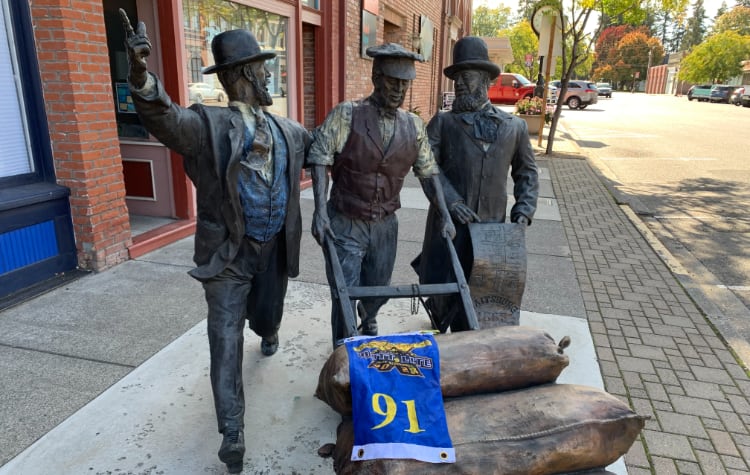 The town of Waitsburg has some nicely done bronze sculptures on display. One sculpture known as the Waitsburg Trilogy depicts three of the town’s founding fathers, one of whom is pushing a handcart loaded with sacks full of something.

Take a photo of the three guys and a handcart sculpture. Main St at Preston Ave. 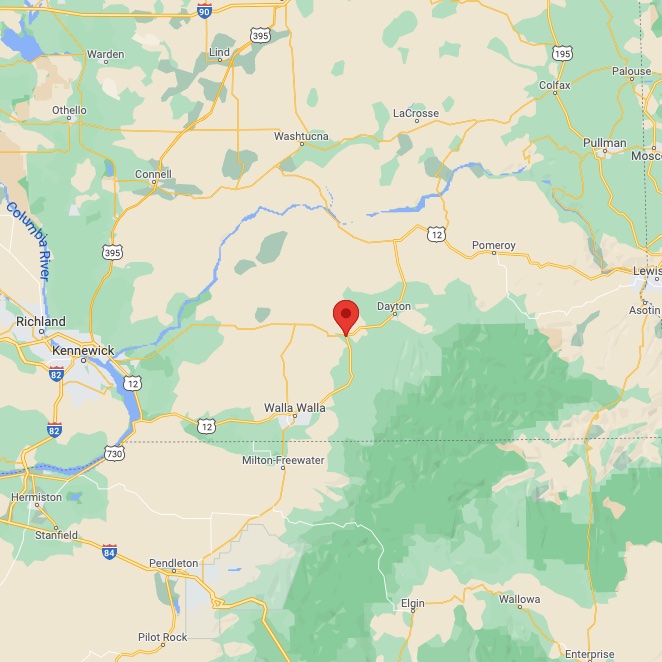 I decided to grab one extra “insurance” photo, just in case, and I love riding in southeastern Washington. On the way home, I took a “shortcut” that involved about 20 miles of gravel and dirt through the Palouse wheat fields - thanks, Garmin! 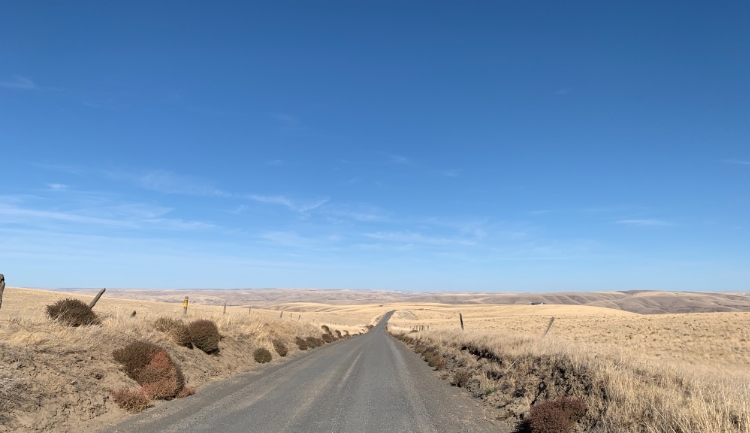 Onward to the thrilling conclusion ➡️