I didn’t sleep well - this cheap motel was cheap for a reason, and the people in the surrounding rooms were having a party… and I’d had coffee at 9pm, so I was up most of the night. Napped until 6:30am and decided I should pack up. I’m oddly proud of the fact that I can pack all my stuff and have it on the bike, ready to go in about 10 minutes, despite it looking like a disaster zone when I start, clothes and gear strewn everywhere.

Ah, the joys of traveling with only a single duffle bag of “luggage”…

There was a McNaldos next door, so I had the ritual breakfast sammie and coffee, spending 45 minutes just puttering on the internet, waiting for the thermonuclear bean soup to cool enough to be edible without scalding the tongue. I-5 was busier that I expected at 7:45am on a Sunday, but this is a stretch I’ve done a hundred times, so its all automatic. Sleater-Kinney Road, Yelm, Cabella’s giant store, the bridge where the train derailed last year, JBML and the traffic insanity around it, Tacoma, Fife, Federal Way, the Duwamish Curve, through downtown Seattle, and then home - and easy 73 miles and home. 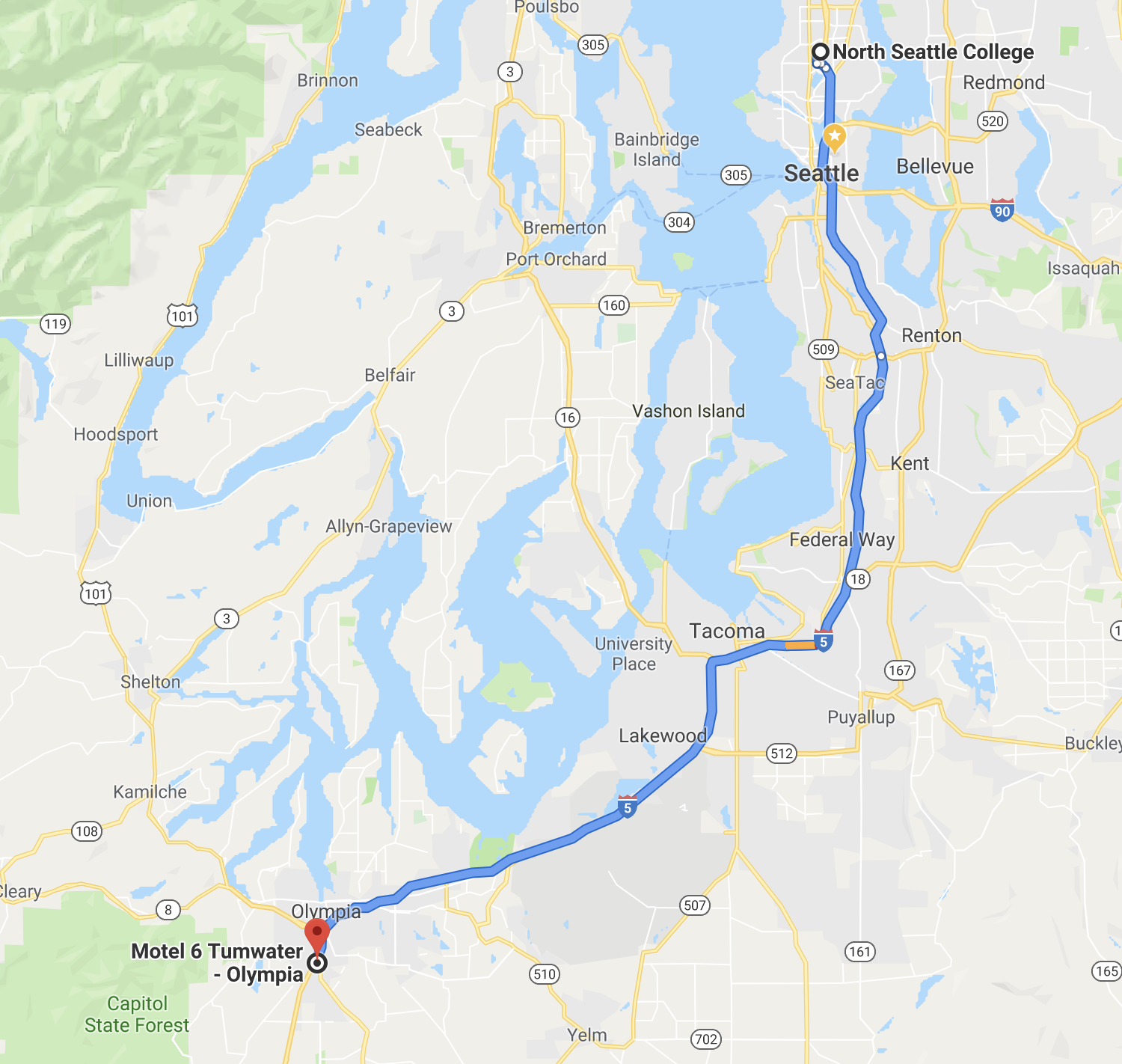