I’ve mastered the art of sleeping well no matter what ramshackle, sketchy motel I find myself in; the ear plugs and eye mask certainly help! 5:30am, I had a few bites of the cobbler I had as takeaway from the diner and bundled up against the frigid mountain cold; 27F with skim ice forming on the puddled ruts in the parking lot. 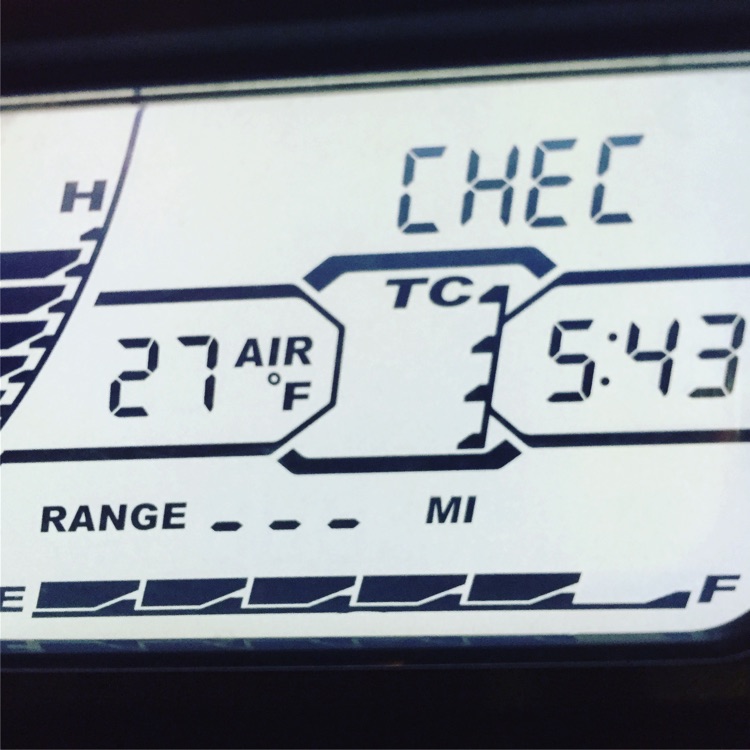 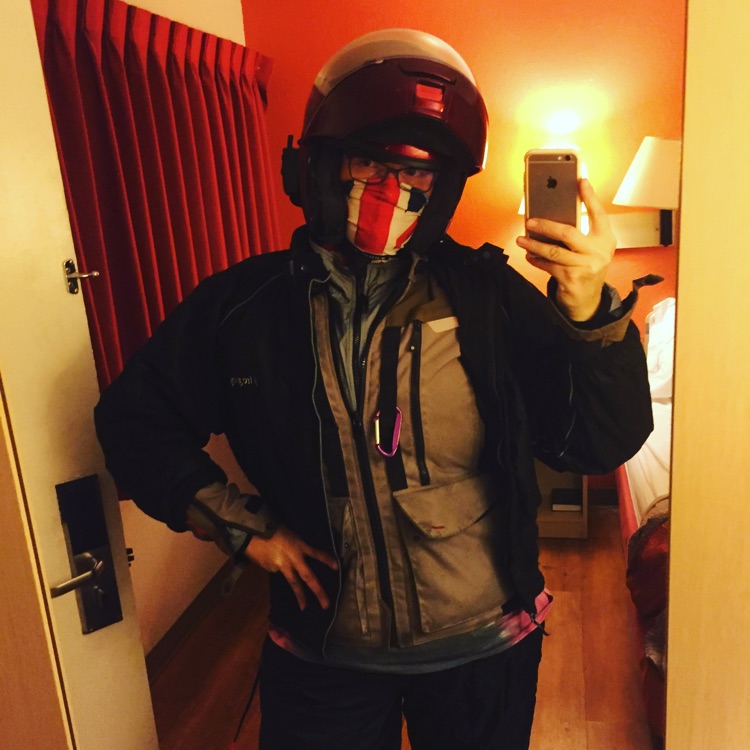 A little over an hour north through the predawn chill to Ashland, OR, home of the Oregon Shakespeare Festival, where I warmed up at The Waffle Barn, which I chose because of the promise of a) waffles and b) a barn of waffles. Is it a barn constructed of waffles? A barn full of waffles? Neither, unfortunately, just a strip-mall eatery with a great name and questionable decorations. Gingham print and pithy barnyard jokes/inspirational sayings hung on the walls, and a… well, a sort of barnyard scene set up by the front door, a double-bed sized area marked off with shoebox-sized hay bales, fencing off a collection of cartoonish animals like chickens, pigs, and cows.. the very animals I’m about to eat! Ghoulish, but at least the waffle menu was both extensive and tasty.. recommended! 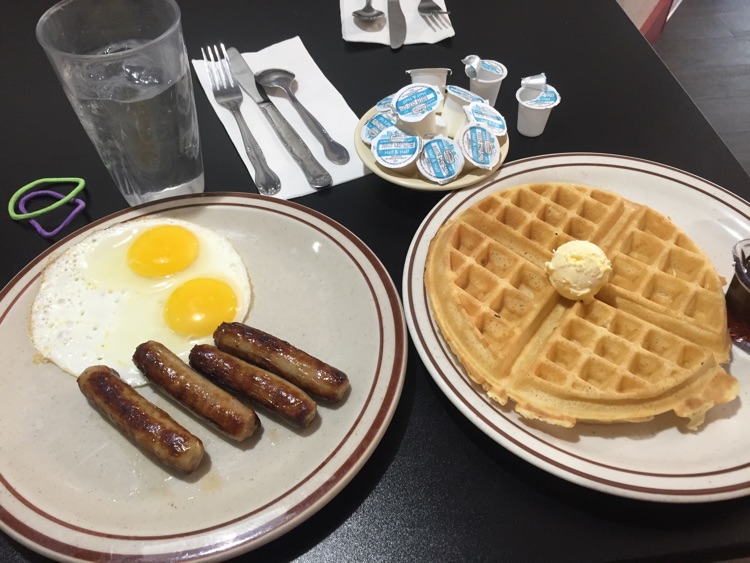 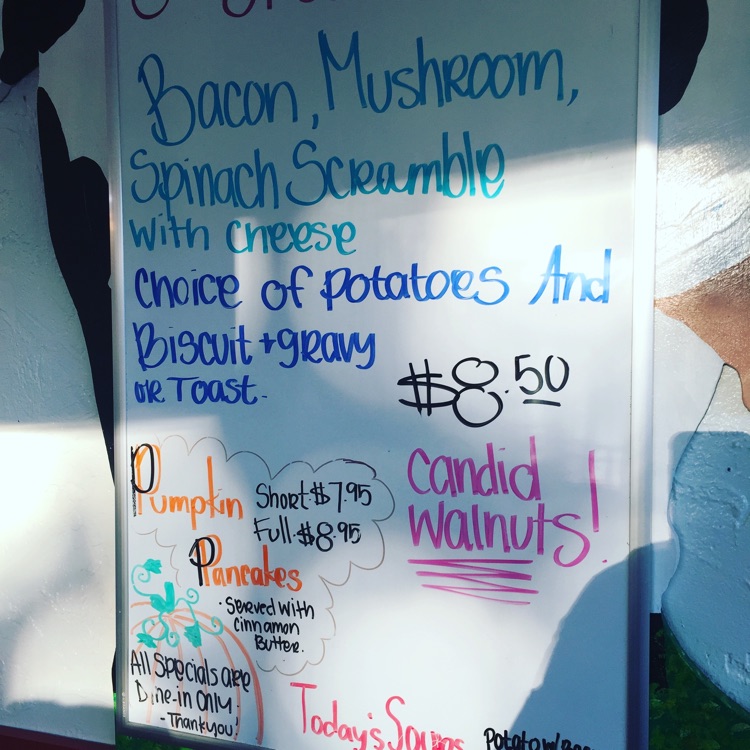 These walnuts will tell you hard truths

The day warmed, but the skies began to leak as we follow I-5 northwards, turning west at Medford, OR to follow the gap through the mountains along the Rogue River, turning northward again at Grants Pass and then back into winding mountains, deer warnings, and traffic. I stayed as warm as I could despite the chilly damp sucking heat from my bones, stopping every 45 to 60 minutes just for a break from the stress of juggling chills and maniacs in cars overdriving the conditions. This is the bad part of riding the highways, for sure. Narrow, curvy routes with limited sight lines, drivers who want to be somewhere, anywhere else in a hurry, and just enough wet to make everything feel just a little bit more dangerous.

Finally break free after Roseburg as we enter the heart of Oregon’s fertile agricultural valley that runs north all the way to Portland. I-5 here is wide and slow, speed limits an unreasonable 60, but most drivers poke along at 50 to 55. I stopped at a rest area north of Eugene for an extended break, and offered a few pieces of the dulce de leche I’d picked up at the Mexican party supply store yesterday to a young pregnant woman who was spare changing. She was clearly hungry, and happy to have someone talk to her like a normal human being, so we chatted for 5-10 minutes, keeping it light and normal. Her son was with his grandparents, who don’t like that she’s pregnant, and she’s had some complications and was laid off because she can’t lift things, so she was just trying to make rent. Sad story, but not outrageously dramatic enough to be a sob-story; I was glad to meet her and share at least a few moments of normalcy (and candy!)

Back on the road, I eventually wandered into the suburbs of Portland to stop by a friend’s place to deliver her share of the candy haul, and then I grabbed a quick snack at the burger place next door before tossing myself once more into the fray of I-5 northbound traffic. 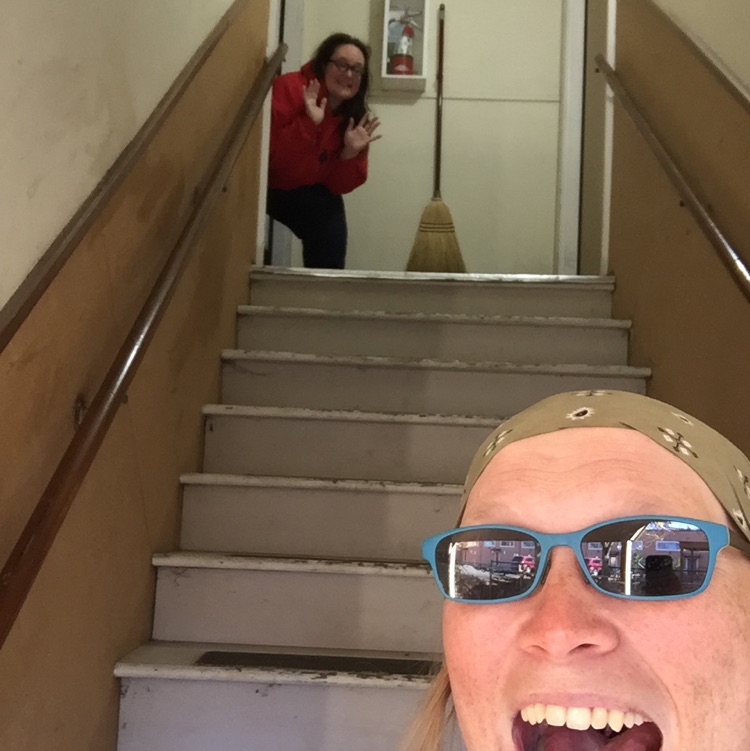 Somehow managing to avoid the usual Traffic Jam of the Damned that I-5 turns into as you leave Portland, I was now back on roads I can (and likely have) driven in my sleep, the road a weary groove 180 miles between Portland and Seattle. No excitement, the day warming up just enough so that I wasn’t freezing, the sun came out but didn’t blind me, and traffic behaved itself for the most part. Another successful trip in the books! 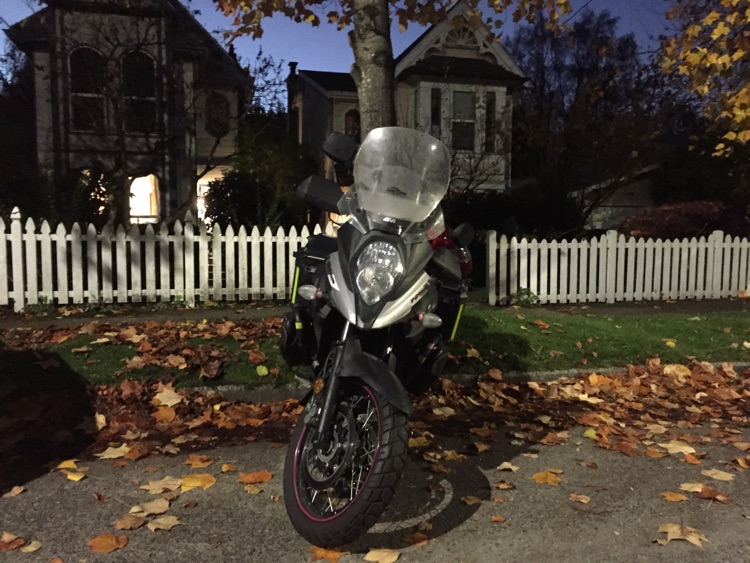 ...and home before dark! 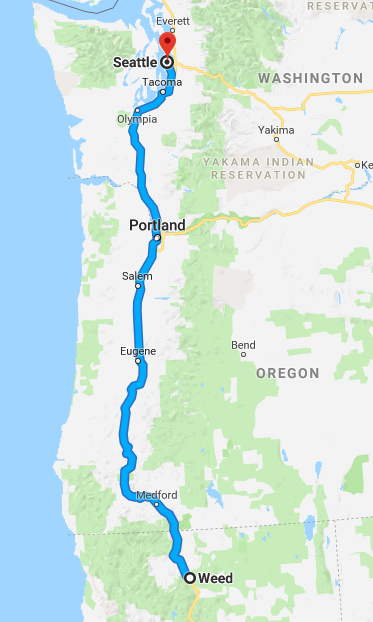