Suze and I split up after breakfast, as her GS’s tire pressure monitor system was on the fritz, so she scheduled a stop at the BMW dealer in Reno, NV. She was soon out of site, that big 1200cc boxer engine outclassing my 650 vtwin in terms of power and top speed. That’s ok, its another classically gorgeous day, dry and sunny. I skirt around Reno, not having been here in several years (not since 2006, according to my Hendon Mob profile, when I took 4th in a tournament for a tidy sum..) 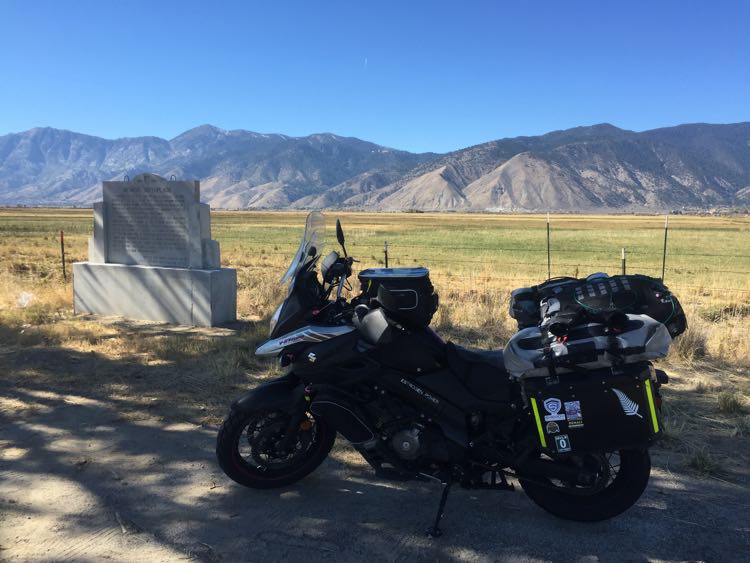 Genoa, NV, was the first permanent settlement in Nevada!

I got off US-395 and worked my way down the edge of the mountains holding back Lake Tahoe, stopping in Genoa, NV with the intent of getting a Nat’l Park stamp for Nevada, but alas, the Internet lied to me, and the state park where I’d hoped to add to my collection was closed! Genoa was a cute little town, and I shuffled around for half an hour, long enough to hear the noon bells from the local church ring out a version of “Home on the Range” — sadly I wasn’t able to get the voice memo app open in time to catch it!

Back to US-395, south through the Stanislas National Forest, a roller coaster of dipping up into pines and tumbling cold water streams, craggy ridges, and down into dry desert grasslands. I stopped off at Mono Lake for an hour or so, grabbing a snack and walking around the nature trails in the sun. Yet another amazing place where I wished I had a “real” camera or a drone to capture the sights, but perhaps having only memories is better than trying to freeze-frame the world. 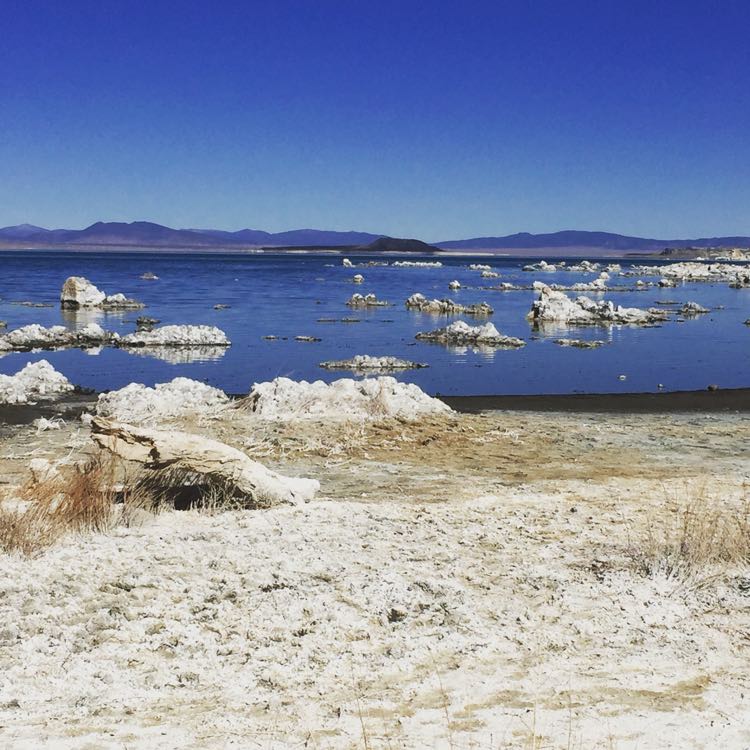 I passed the turn off for Yosemite and Mammoth, heading for Bishop, CA. I stopped in at Erik Schat’s Bakkery, which shows up in a number of “roadside attraction” lists, which also had a series of billboards for the last 40 miles or so. I bought a couple donuts and a rainbow tie-dye cookie, and then continued south another 40 miles or so to Independence, CA, a tiny community that is home to 3 or 4 motels that primarily serve hikers off the PCT and not much more. 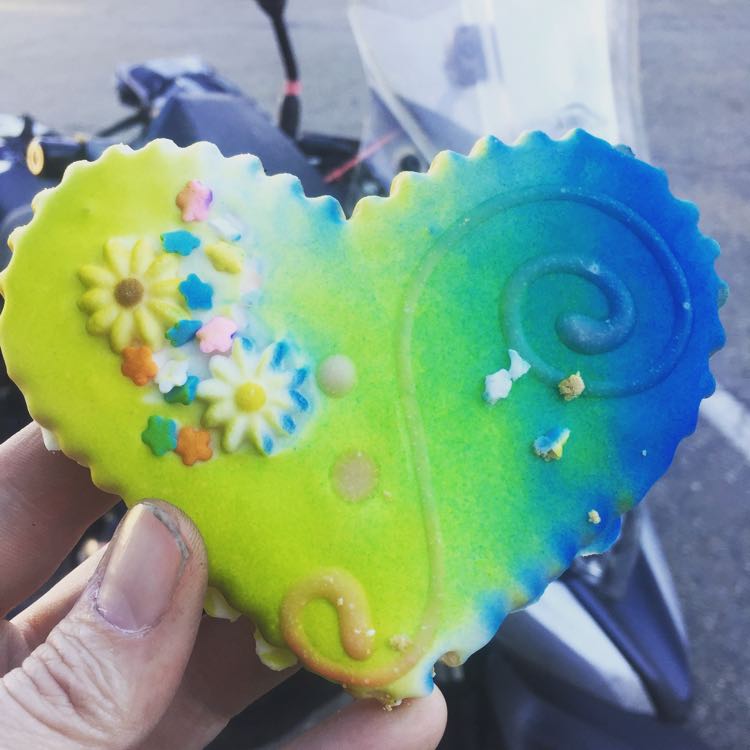 You are what you eat, right?

Finally got word from Suze about her repairs, and got a motel. I took my dad’s advice and jokingly asked if they offered a cash discount, and surprise! They did! The woman who owns the motel, Rosetta, was chatty and friendly. She’s a nurse by day, and lives in the back, and doesn’t really advertise rooms from October to April, making nearly all her money on PCT hikers during the summer season. She accepts folks that roll in off the highway, of course, and we chatted about motorcycles and nursing and PCT hikers for an hour or so before her oven bell rang and I went off to nap and unpack.

Suze eventually showed up, and we had 2 options for food - the taco truck at the gas station on the other end of town, or back up the highway 5 or 6 miles to the truck stop/casino which had a grill, so off to the truck stop we went. You ordered at the cashier for the convenience store, and sat right next to the coolers and coffee machines in a small dining area while they assembled your order in an out-of-sight kitchen. The food was basic - burgers and fries kind of stuff - but filing and good! 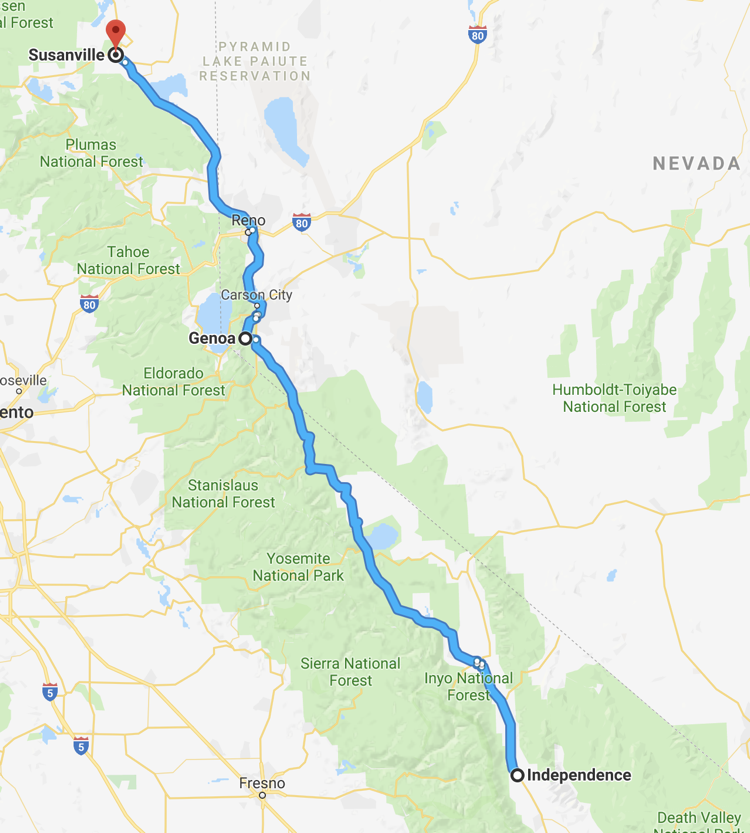