In motorcycle safety classes, they drill in 2/4/12 second rules - you follow 2 seconds behind the vehicle in front of you, minimum.. you're actively scanning 4 seconds ahead of you (again, minimum), and you should be aware of what is happening 12 seconds ahead. That's probably why I spotted the rustling bushes in the median, and a small greyish deer, a doe maybe 2 years old, peeking out at traffic.

Eye masks and ear plugs cure almost every sin associated with camping and staying in [cheap generic motels]. Funny, not turning on the TV or lights, with ear plugs in while lying in bed reading, I’m falling asleep by 10pm every night; up at 4am probably helps with this, too.

Today it was up, packed, gassed up, and on the road by 6:58am. I had hoped for a bit earlier, but the young guy, Raj, manning the front desk, wanted to chat. He bought a Harley Sportster a few years ago and “rides” but gosh isn’t it cold? I laughed it off, because hey I’m badass, no need to tell him how much I’m dreading getting on the highway right now - there’s frost on car windows and hints of skim ice in puddles by the car wash at the gas station. The bike reads 38 though so I layer up and hope for the best, hopping back on I-80. I stop 4 miles later at the WY/Utah border to document the moment. 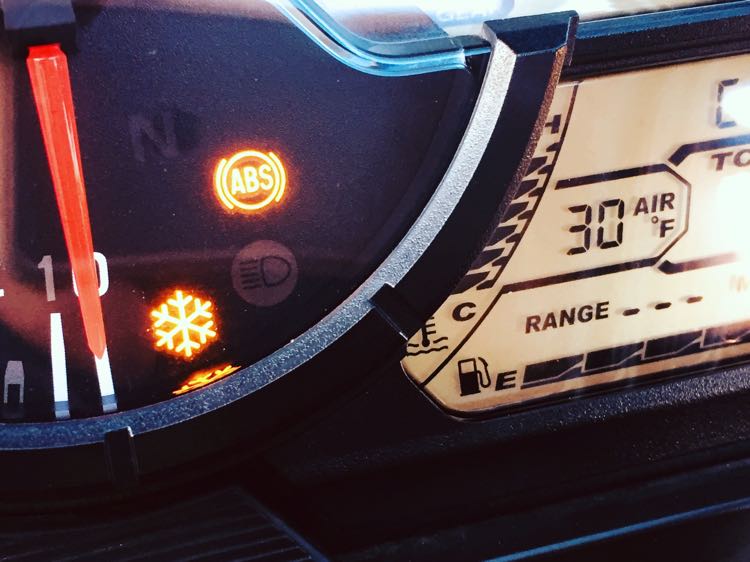 7:05am, at the Wyoming/Utah border 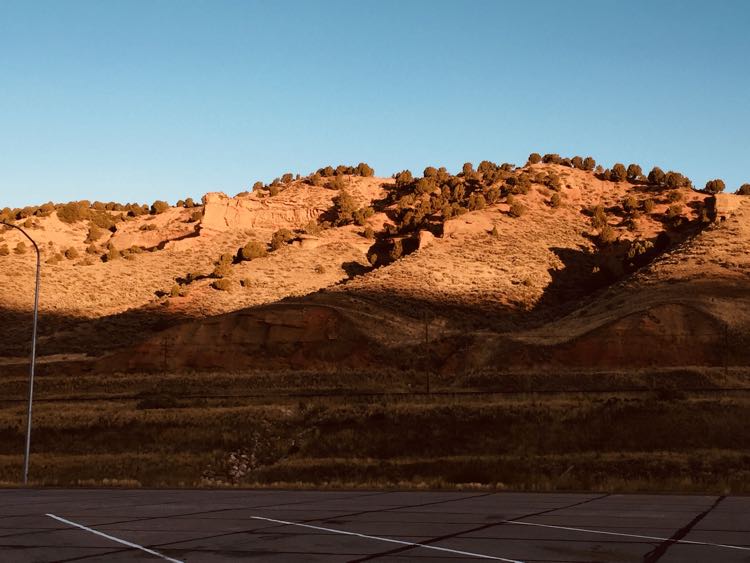 Cold, but gorgeous at dawn

I slip into Utah, which always surprises me with how gorgeous it is; something different from the muddy gas fields of Wyoming’s Red Desert, or the scrubby lava fields of southern Idaho. Farms here in Echo Canyon, cutting through the Wasatch range, seem tidy and orderly, small and human-sized, compared to Idaho where massive irrigation projects and industrial farms seems to have scraped and clawed pumice and basalt aside, sifting precious topsoil out into rendered fertility. 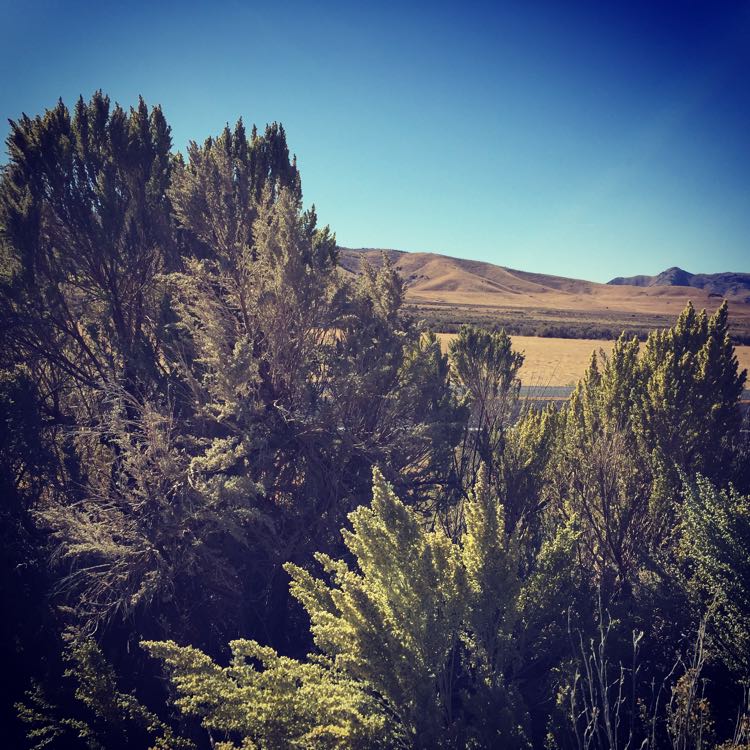 There's a tense moment every time I spot an animal by the road, be it dog, cat, deer, moose, pronghorn, where you can almost imagine the internal calculations going on. They hold themselves tensed, ready to bolt across the road, waiting for the right moment to release their quivering muscles into a leap, timing their action to avoid the hurtling tons of steel and plastic that scratch and howl across the countryside. I begin to slow, increasing distance between myself and the 18-wheeler from 3 seconds to 6.

I-80 splits south towards Salt Lake City and Reno, NV, and I head north on I-84 towards Ogden, where I pull into a Starbucks, the temp having climbed to 44F. I sat for an hour, getting caught up on some work things before heading back out to a balmy 60F, perfectly clear blue skies and sun. I-15, skirting through the industrialized north suburbs of SLC, hugging the northeast coast of the Great Salt Lake; you can smell the moisture and the brine. The desiccating lake, sadly, won’t be with us in the future if Utah continues to grow and consume water the way it has for decades, but I get some glimpses of wildlife, marshes, drying salt pans as I jump off the slab and cut through Corinne, UT towards Promontory Summit, and the Golden Spike National Historic Site, the location where the infamous gold/silver railroad spikes were driven in, where the first transcontinental rail line was finished, east and west meeting on a high point over looking the Great Salt Lake. 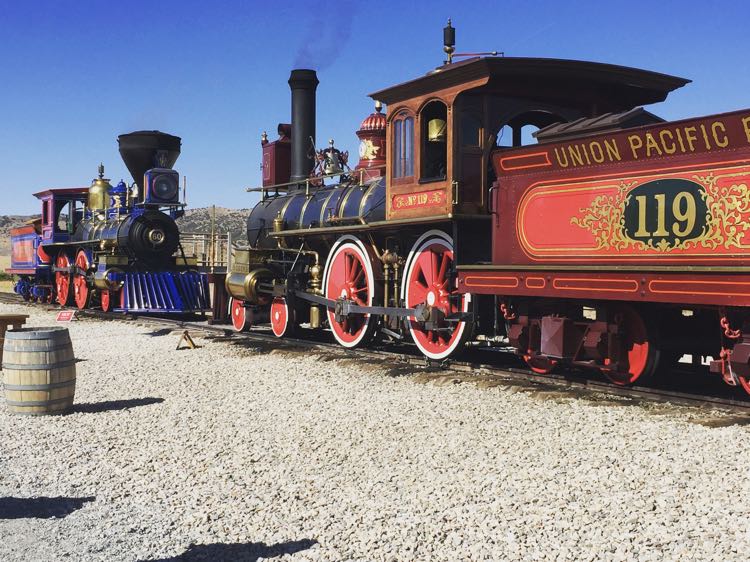 It was a free day at the park, and 50 or so tourists watched a recreation of the moment. Actual period steam engines, now restored, pull up and blow whistles, chewing on wood rather than coal - there wasn’t enough coal available in California/NV/Utah to feed the hungry engines, so they were retrofitted to burn wood instead. The park had several unpaved miles along the old rail line easement, but I got my stamp, watched the interpretive film, and headed out. I want to make miles today… I cut back through rural Utah towards Howell to pick up the highway again, passing the Northrup-Grumman rocket engine plant, a sprawling complex that had surprisingly little visible security besides razorwire-topped fencing. 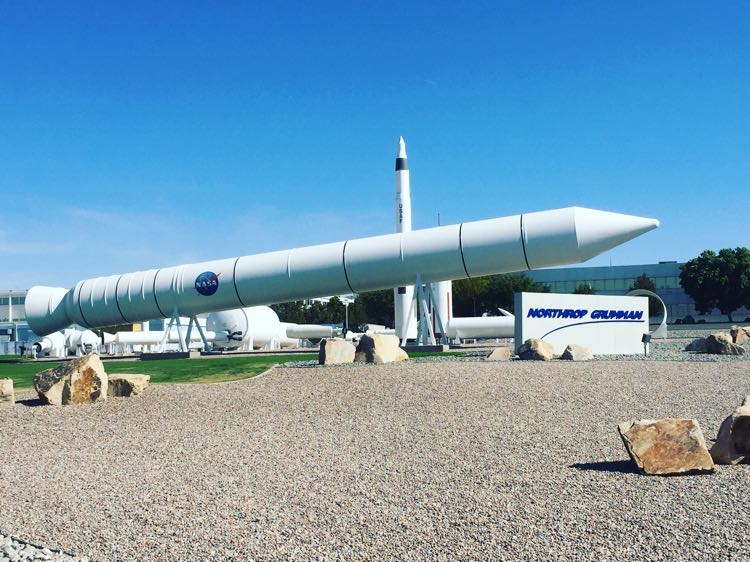 "No no no no no" my helpless mantra, as I can see with the inherited eyes of millenia of hunting and survival. The doe snaps out from the median, shrugging off sage dust as she skitters and springs across the blacktop. I brake hard, not so much to avoid her, but to keep myself clear of the truck in front of me, who is going too fast to stop.

The arbitrary line in the desert between Idaho and Utah would be easily missed, except for the “Welcome” signs on either side of the highway, and the sudden, dramatic stop of irrigated fields. Idaho, apparently, doesn’t think much about making this desert blossom. The rest of this day is just riding, riding, riding, the temperature climbing up to 86F at points, making for one hell of a temperature differential today. This part of Idaho is boring and depressing - massive industrial farms, dry, dusty fields of thin, beige topsoil studded with lava rocks and scrub. Big slab, truck stops, mechanics, big rig towing services.. just endless pavement, no trees, and dusty; it feels like waste land to my eyes, raised in the woods of New England, living as I do on the fertile coastlines of the Pacific Northwest.

I make it to Ontario, OR, my original goal, with plenty of time to make more miles today, so I booked a [cheap generic motel] in La Grande, OR, 2 hours further along. The road climbs from the Snake River up into the Umatilla Mountains, the hills and valleys rippling, covered with short yellow grass, stiff but soft somehow, like the pelt of a lion.

The doe tumbles clear across the road, skidding into the ditch in a cloud of grass seed and road dust. I pull over into the breakdown lane, and see the trucker do likewise, a quarter mile down the road. There's nothing I can do for the deer except to witness its last moments, broken but still noble, another casualty of the road, joining the ranks of skunks, squirrels, crows, and raccoons I've seen mangled and torn by the steel monsters that prowl these roads. All I can do is simply SEE it, acknowledge its death. I pulled up in front of the truck, the driver sitting on the guard rail smoking a shaky cigarette. Only a little damage to the truck, a few scrapes and a smashed running light; it is clear the driver is more damaged by the encounter than his vehicle. We chat for a few minutes, I letting him babble and smoke and spiral down from his adrenalin and sadness. I give him my contact info if he needs it for insurance, and there being nothing else to do, get back on the road.

La Grande is a college town, home of Eastern Oregon University. A small state school, it is entirely ok for you to not have heard of it. My [cheap generic motel] for the evening is comfortable and clean, with worn but functional furniture and a working jetted tub, but I’m too tired to bother. I get a couple sandwiches from the Burger King next door and gorge myself into a sleepy stupor, asleep by 10pm. Tomorrow will be my last day on the road, short and sweet; I should be home by 2pm. 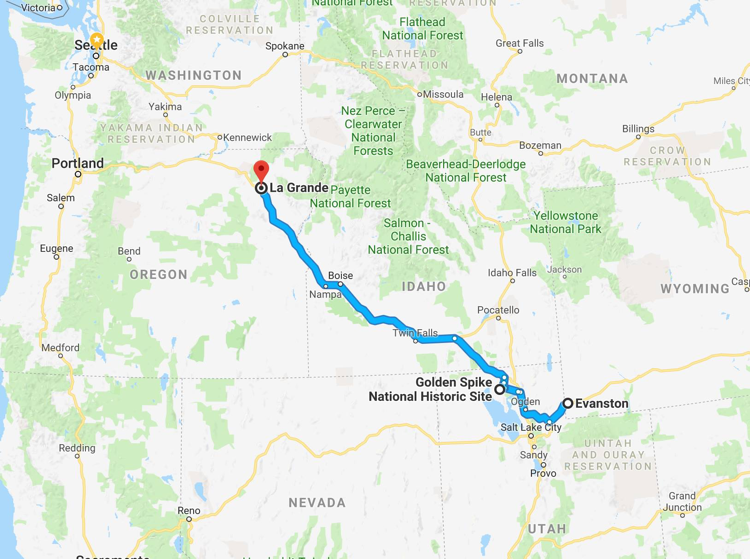