A short update for a lazy afternoon. I met a friend at a coffeeshop in Brattleboro and chatted for an hour or more, and when we parted I realized that A) the sun was brutal and the air humid, and B) that it was only 2pm, and I had plenty of time to bag park stamps for New Hampshire and Vermont, so off I went without much of a plan. I rode I-91 north to Springfield, VT, which is a section of road I’ve been on 4 or 5 hundred times in my life, so I hopped across the river into New Hampshire and took NH-12A north along the eastern shore. I realized I’ve never been over on this side of the river in my living memory, but it was more of that upper Connecticut River Valley farms, small towns, occasional high-tech light industrial building… familiar, but distant now that I live on the other coast.

Saint-Gaudens NHS is the former home and studio of Augustus Saint-Gaudens, who was one of America’s foremost sculptors.The house and grounds are well-kept and empty of tourists, and in talking to the ranger on staff I got the impression that very, very few people take the time to stop by. I sweated profusely in the air conditioned visitors center and chatted while guzzling water, and armed with a map of the grounds wandered out to look at the gardens and the sculptures. Worth stopping, I think, but there wasn’t a lot to see, really. 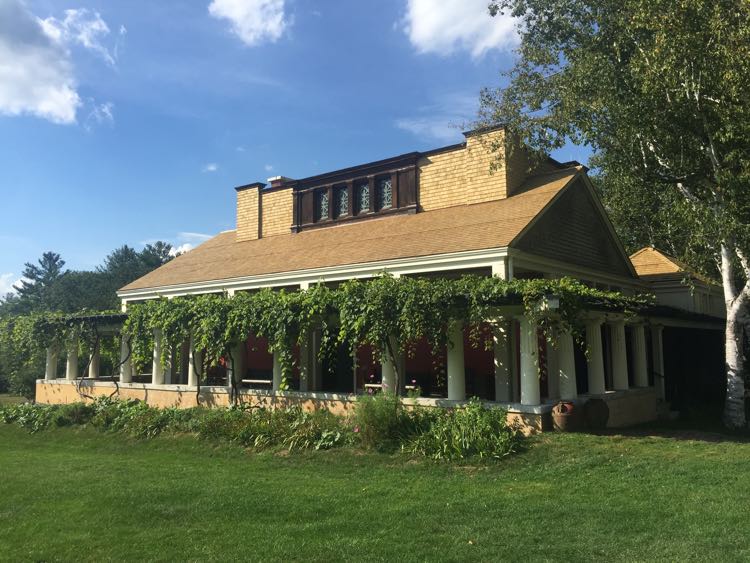 I cross the river back into Vermont and stopped in Hartland for gas, a yellow Pontiac Trans-Am pulling up and disgorging a pair of folks in traditional Mennonite garb; oh, right, there’s a sizable Mennonite community in central Vermont… I forgot!

VT-12 to US-4 until I get to Woodstock, one of those SUPER photogenic towns that people from outside Vermont have often heard of. I skirted the village and rolled into Marsh-Billings-Rockefeller NHP 30 minutes before they closed, picking up my stamp and the gruff ire of the older gentleman who was volunteering at the counter today - no professional park service staff here today, apparently! I tried to ask some polite questions, and he tried to tell me about the site, a picturesque farmstead owned as a gentleman’s farm by one of the Rockefellers before being donated to the National Park Service, but he faltered halfway through, something reminding him he was supposed to be grumpy or something. Oh well. While I wandered looking at exhibits, a guy and his son came up, really excited about my motorcycle, and he got even MORE excited to find out I’d been to Alaska on it! I finally had to cut the conversation short as the place was closing and I really, really needed to pee before getting back on the road! ^_^ 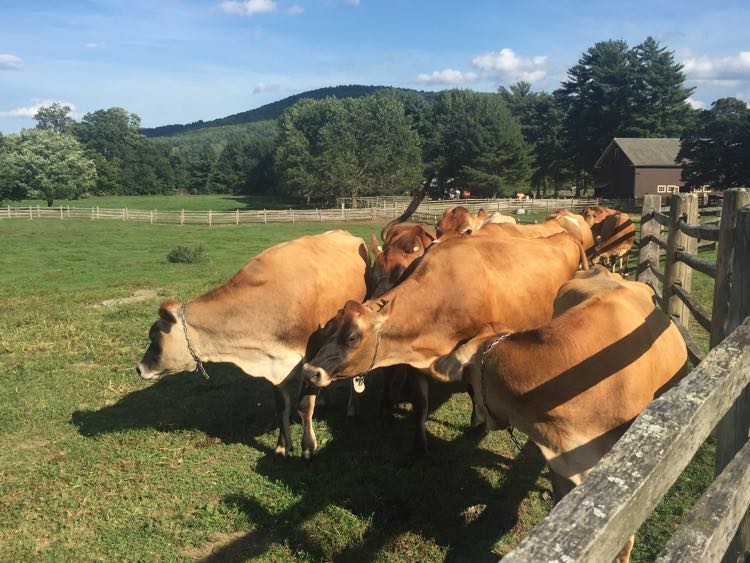 Even the COWS were fancy at Marsh-Billings-Rockefeller Farm!

Knowing I had plenty of daylight, I took the back way home, first down VT-106 to Felchville, then cutting over backroads to Tyson, VT, just north of Okemo. I was surprised I remembered this route from 20 years ago, but when you get older, things like this surprise you, things that you remember suddenly for no earthly reason. It is eerie how the human brain is basically a broken, buggy, hacked-together pile of goo.

Tyson is a tiny hamlet astride VT-100, one of THE classic scenic routes of Vermont, and heading south it was an endless parade of beautiful villages, oak and maple trees, farm stands, cows, rivers, covered bridges, etc. There was little traffic until I got to Newfane, but at that point I know every backroad and traffic dodge for 10 miles around, so getting home was easy. 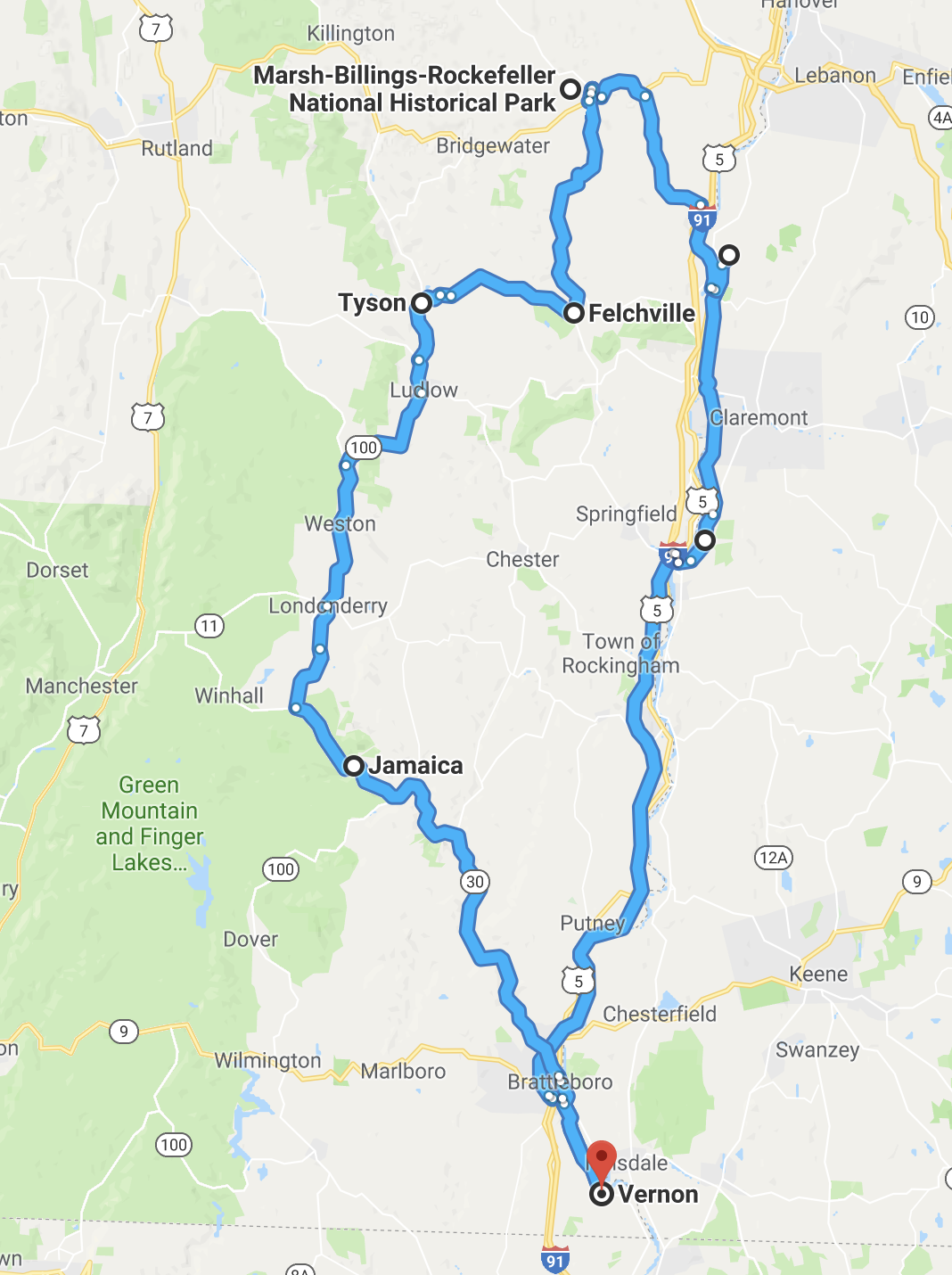