I slept well at my hostel - I swear, the “private room at a hostel” route is a great way to save a few bucks but still have some privacy, a hot shower, access to a kitchen, etc.. plus I get to chit chat with lots of other travelers! A surprising number of people hosteling are older travelers, unlike the reputation hostels have in the USA.

I finally got motivated out of my comfy bed around 8:30am, and wandered around the Cow Bay neighborhood, on the north edge of downtown. It is very much the gentrified neighborhood around the independent fisherman’s terminal, so lots of boats, boating equipment, fishing themed shops, seafood restaurants, sport fishing processors, etc, along with brightly painted art galleries, cafes, and B&Bs.

I stopped for a coffee at the charmingly named Cowpaccino Cafe and Bakery, where things where hoppin’! Their motto — “Our wifi is weak but our coffee is strong” — was true, but the brunch crowd packed the place, so I wandered the waterfront for a bit, nursing my “double-nothing” — coffee with double cream, no sugar. The neighborhood was setting up for Cow Bay Days festival, with face painting, balloons, BBQ, chalk street drawing.. very family focused, lots of kids running around, so I skipped it and spent some time in the Mariners Memorial Park, various statues and remembrances of lost sailors and their ships predominate, along with lovely public art. The Sons of Norway had a small flag collection and kiosk with rotating Norwegian poetry and events calendar. There is a Japanese-style pavilion sheltering a Japanese fishing boat that was found adrift off shore 20 years ago. Apparently the one-man boat was out of Prince Rupert’s sister city in Japan, and was swept to sea without a trace until 2 years later it washed up in Prince Rupert.. sadly, the fisherman was completely vanished, but the town built the memorial all the same — all men who work the sea, bound by common bonds of friendship and craft, etc. Quite touching, actually. 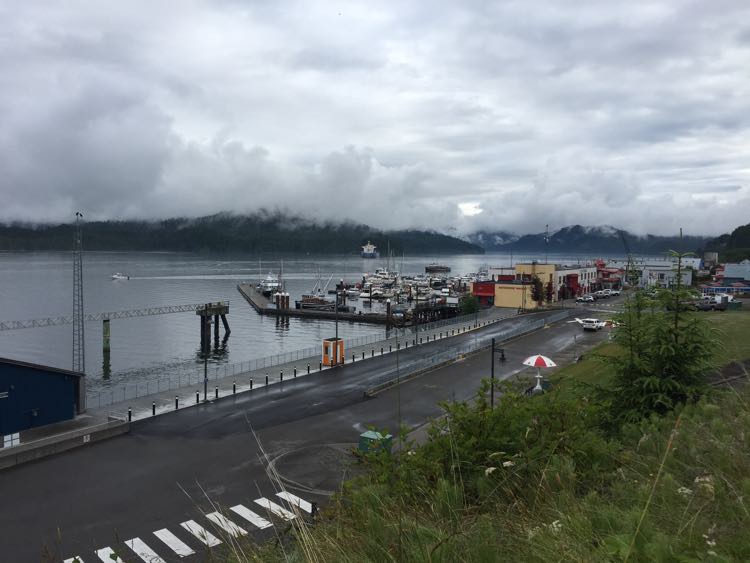 I toured the Museum of Northern British Columbia, which is housed in a massive long house. The exhibit started with some very early examples of artifacts from the indigenous peoples of the region, but then was just “random stuff from the late 1890’s to 1930’s from around town” which wasn’t quite as interesting, but then it got back to not only the historical art and relics of the indigenous peoples, but also an exhibit of modern works done by artists today. Quite fascinating! 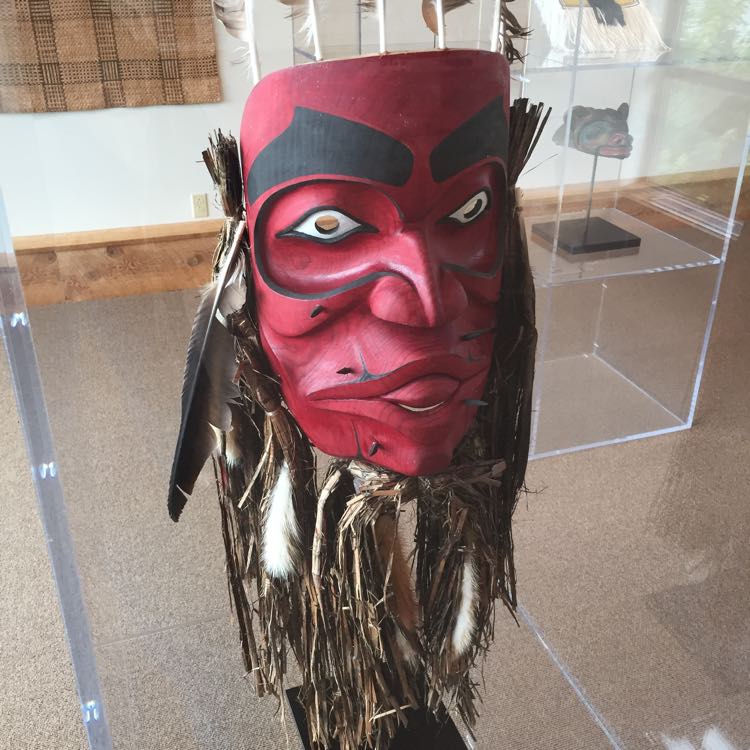 A traditionally-styled mask carved by a contemporary artist - old themes and materials, new inspirations and techniques

I wandered around the small downtown - 2 blocks wide, 6 blocks long - which includes a Walmart and 2 grocery stores. A fair number of shuttered storefronts, sadly, maybe 20-25% vacancy, but the stores that remained open seemed to be busy. 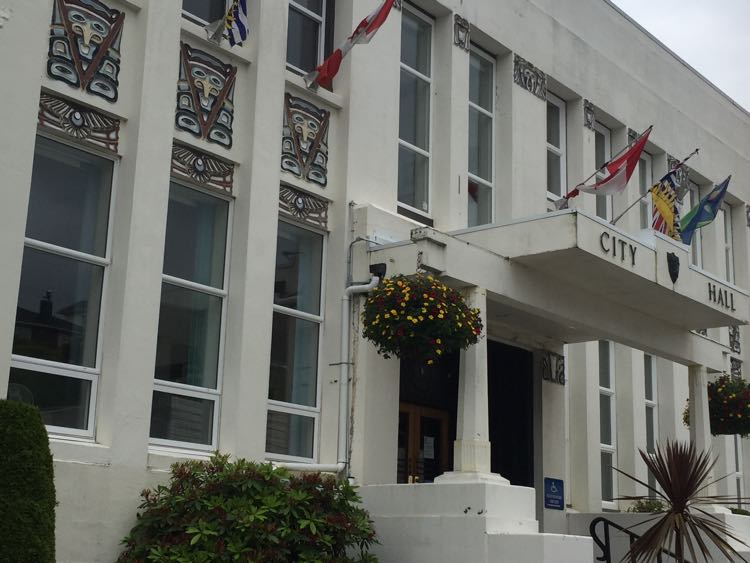 Plenty of evidence of indigenous art and culture, even here on city hall

I had a small snack lunch of apple and sharp cheddar, then rode down to the ferry terminal to make sure I understood the process; a ferry is a ferry, but how do they handle motorcycles, when should I line up, do I actually have a confirmed ticket, etc - important questions when the ferry only runs every 2 days! Missing a sailing wouldn’t be the end of the world, but since I have to be in line for it at 5am, which means I have to wake up at 4am, better to ask questions now when I’m awake than pre-dawn, when I’m groggy and under-caffeinated!

After a lovely chat with Casey, a very helpful and handsome young man at the ferry terminal, I left with a physical ticket and more info about the process than I needed. I decided to ride out to the next door town of Port Edward to tour the cannery museum, but ran into a nasty, cold downpour a mile outside town. It was getting late in the afternoon, and I wasn’t super excited about the cannery, so I turned around and went back to the hostel to dry out and chill. Its ok, though, since I have to get up at 4am to load the bike and get to the ferry line.