Since I fell asleep so early last night, I woke up at 5am ready to GO GO GO! I broke camp while making (and then enjoying) coffee, making a bit of noise when I jammed a finger at one point. Luckily I had the campground mostly to myself - one couple in a cabin across the park, and Will, the GSA rider from Ontario, was still snoring away when I fired up and rolled out at 5:45am. I turned the nose southeast and enjoyed the empty road and the good weather — hopefully it lasts!

This time the road wasn’t as bad as it is in my memory, with only a few frost heaves and whoops to make the 90 miles to the border interesting. Spotted a couple golden eagles, one with a suspiciously rabbit-shaped object in its talons, flapping awkwardly up to a perch. I stopped at the official border and took some photos. A Violet-green Swallow colony had taken over the mini-gazebo area, and one perched on the border obelisk, and didn’t budge as I took a half-dozen photos. I got within 2 feet of it before it hopped away - so little fear! 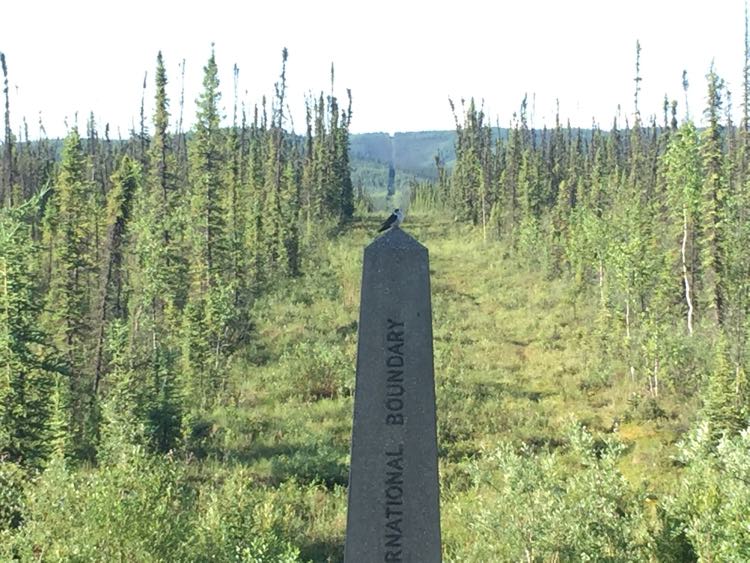 The customs checkpoint is 26km inside Canada, so you ride through a sort of no-man’s land where you’re in Canada, but it feels like no one is really watching. Customs itself was predictably boring, the usual questions, no hassles. 3 km past the shed is the town of Beaver Creek, where I got parked in by an Oregonian in her Sprinter; she was less than 2 inches from hitting my bike (“Oh, I gave you plenty of space, honey”) She then couldn’t figure out how to work the gas pump (because LOL Oregon) but I was charitable and helped.

I then did something really dumb. I tried to fix something.

So, I was sick of the FI warning light on the bike, and the on-board computer won’t let you switch to metric when there’s an error. I remembered that in theory I could clear the error by disconnecting the battery. The process this took was:

All told I spent an hour fussing with the blasted thing, and I still didn’t actually fix the problem. Oh well, I guess I’ll just do Metric <-> Imperial conversions in my head. No big deal, really.. 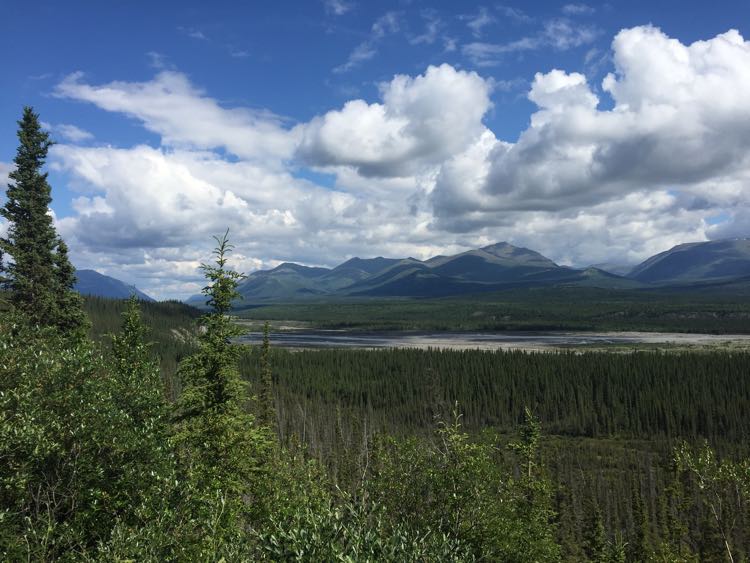 I don't want to trunk-shame the trees, but they could all use a sammich..

180 miles to Destruction Bay. 20 miles outside town I hit the construction zone. I had to wait about 40 minutes for a pilot car, and had my choice of either floundering around at 5mph through 5” deep loose, wet gravel, or fishtailing and sliding down the camber of freshly-wetted clay. I almost dropped the bike 3 or 4 times, as the pilot car refused to go fast enough for my to “float” atop the gravel, and riding in the wet clay of the adjacent lane required some juking around construction equipment. I survived, though! 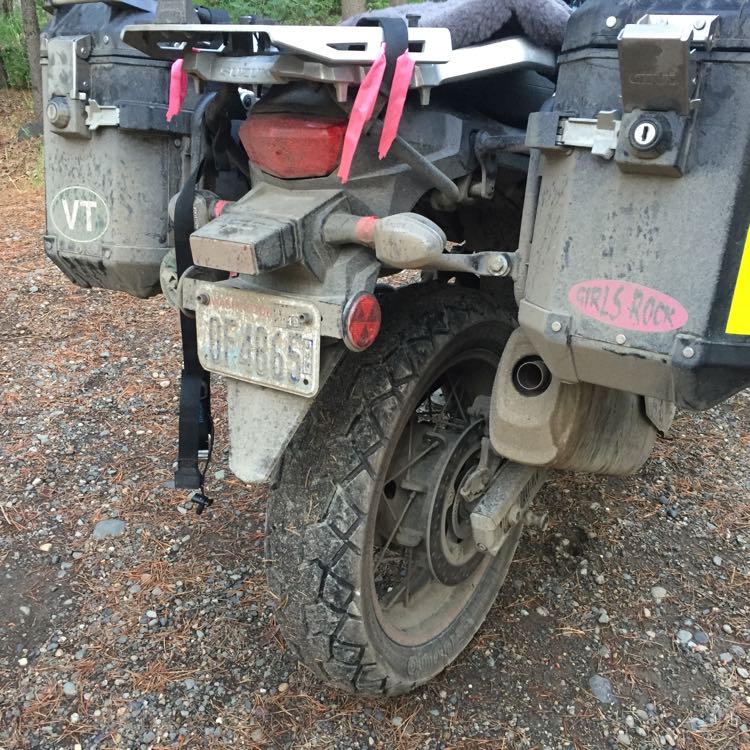 Clay and oil and sand on every surface.. this is AFTER I hosed it down!

The road south of Destruction Bay was amazing. It runs along Kluane Lake, and the roadside was a mass of Fireweed and Nookta Lupine, the lake a turquoise blue, the bare rock of the Kluane range grey and tan, the air smelling of Nookta Rose with every breath.. amazing!

I stopped in Haines Junction for gas and a snack, then made the last 100 mile push into Whitehorse. I stopped at the rest area outside of town for a quick pee-break, and when I came back to the bike… the damn FI error cleared itself! All those hijinks earlier in the day for nothing!

I’m camping at the Takhini Hot Springs, which are pretty chill. They’re not as aesthetically pleasing as others, being basically 2 concrete “community rec center” pools, but they were quiet, clean, mostly just locals and tourists camping at the park, less resort destination and more “resource the community uses.” Recommended. 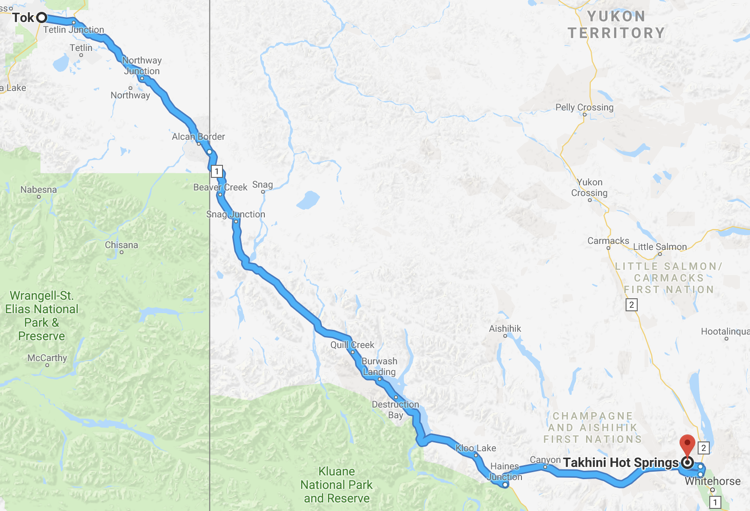