Woke up slightly hungover, but in high spirits. We busted out of Talkeetna and headed north towards Fairbanks, traffic picking up as we closed in on Denali. We passed through some spectacular alpine prairies, empty of trees just grass and scrub. I strained to spot any kind of wildlife, but alas none would make an appearance for me today. We pulled into Cantwell for fuel, and I slowed to eyeball the junction with AK-8, the Denali Highway, I’ve wanted to ride it for years, missing my chance last time I was in Alaska due to a rental car contract stipulating “PAVEMENT ONLY” - …maybe next year!

As per usual, the mountain failed to appear, but the crowds at the Denali Visitors Center were also a bit scarce today. I bought some postcards for the remaining folks on my mailing list and a new sticker for The Morrigan, ate some snacks, and we soon left the interpretive signs and short educational films behind and bopped north. 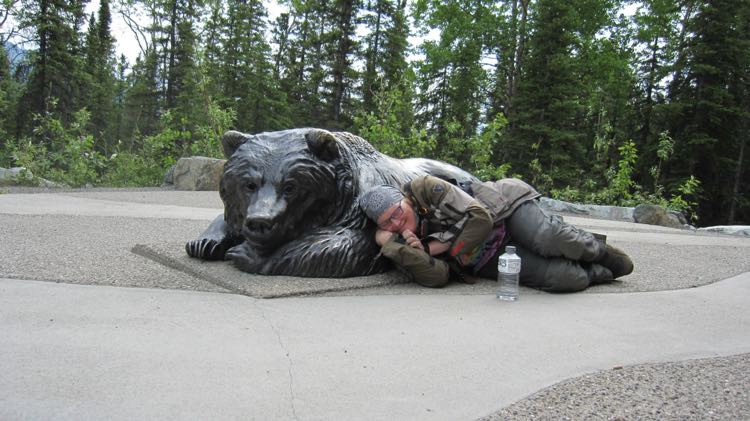 I was surprised, as I was last time, at how much commercial shit there is starting a half-mile north of the park entrance. T-shirt shops, BBQs, pizza joints, trinket shacks, swank hotels…. its all here, a pile of commerce that I guess is good for the local economy, but offends the Transcendentalist in me — must every experience in life be mediated and monetized, commodified and commemorated? Isn’t the raw experience of Denali itself a moving enough experience without theme burgers and snow globes?

Continuing north, we stopped for lunch at a brewery that needed to get is shit together, service wise. They had a single server running several large groups on the patio area (including ours) while having a number of servers kind of milling around the 2- and 3-tops insides. The floor manager needed to rearrange things a bit, and what should’ve been an hour-long meal was a 2.5 hour trial of everyone’s patience. Humbug.

We dug out of the dirt parking lot (kudos to my squaddies who nailed it!) and headed north again, stopping in Nanema, home to one of the more well-known ice breakup derbies (where they do a kind of 50/50 raffle on who can guess when the river ice will break up.) The cultural center we intended to visit was closed, as were its bathrooms, so some we had some reindeer games about who was going to pee behind which boat ramp or bush. Good thing I don’t need to pee!

5 minutes later, I saw the sign for the rest area.. great, now I DO have to pee! Jen stopped as well (yay for an informal buddy system!) and once I hopped back on the bike, she took off like a shot on her GS1200. I tried to keep up, but sadly The Morrigan just doesn’t have the oomph.. and I don’t have the nerve to push harder than cough90cough on sweeping mountain roads.. no matter, the crew waited for me at a gas station on the outskirts of Fairbanks, and we cruised to our hotel as a squad.

Unpack the bags, pour some Le Croix-cktails, and take over the deck by the river, scaring the other guests? Sounds like a perfect way to wrap up a great second day! 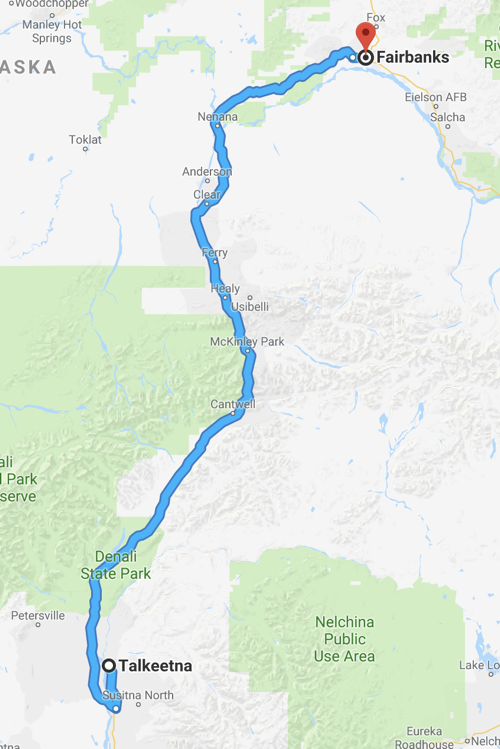