I understand - I’m not only a tall, chubby amazon, but I’m wearing all my gear, standing by the bike in the parking lot of a Panera, getting ready to leave. Mary, at 82, is astounded that I’m doing this kind of adventure All! By! Myself! I don’t dare mention the Alaska ride, arguably longer, or New Zealand, arguably more exotic. She presses me for details. How long have you been riding? Where do you sleep? How do you pay for gas? Vicki, her companion, is equally engaged but more reserved, but Mary is the one who regrets never riding a motorcycle. I try to encourage her, but she just kept saying “Oh, no, I’m 82 and my daughter wouldn’t allow it.” She seemed genuinely happy to have met me, though, and they both talked about their kids and grandkids, and Mary told the story of visiting Colorado on a road trip with all 5 kids in the station wagon.. classic American family trip, by all accounts!

Writing up some quick notes - we lost power due to a storm last night and I didn’t have internet or battery for writing.

On my way out of Mentor, OH, I stopped at the James Garfield NHS, an 8-acre estate still populated with the barns and sprawling house he built after the Civil War. Garfield was assassinated shortly after taking office, and only held the presidency 200-odd days before dying from blood poisoning.. as his assassin put it, “The doctors killed him; I only shot at him.” The ranger on duty was visibly crest-fallen that I didn’t have time to take a tour of the actual house, but his spirits lifted as a group of tourists came in as he and I were just finishing our conversation.. and THEY wanted a tour! He was clearly a fan of the former president.. 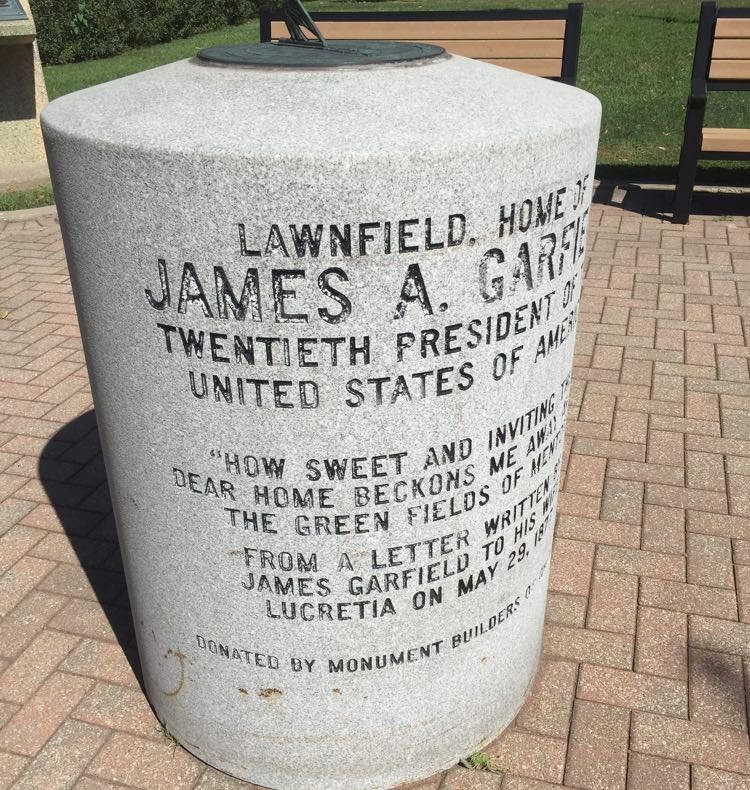 No mention of his hatred of Mondays

Another miserable and hot day. Had to stop a number of times, playing phone tag with my bank still, and that stressed me out a bit. I stopped in Ashtabula, OH at a Starbucks to sort it out, and got into a long conversation with one of the baristas who also rides, who had gone to Babes Ride Out East this year. We talked about living on the road for a bit, and swapped Facebook info - hi Stacy!

Pennsylvania lived up to my memory of it as the “moat of the northeast”.. for years it had a speed limit of 55 on all its interstates, and to get out of New England you HAVE to go through it, and this short section of highway was the same, 45mph “construction zones” where nothing was happening, no equipment was present, and lasted 5 miles or more. The trees close in around the highway here, a soft, green tunnel all the way to New York state and the NY Turnpike, another toll road. I should just get a damn EZ Pass already, but I’m stubborn.

I got sick of dodging cracks and potholes and traffic, so hopped off I-90 just short of Buffalo, taking NY-400 through both West and East Seneca, then taking US-20 east all the way to Seneca Falls. Certainly not as fast as the highway, but a nice decompression after days of slab, and the countryside… its all “home” - small farms, old houses, tidy hamlets with village greens and white churches and “Welcome To…” signs proclaiming founding dates of 1767.. 1803.. 1789.. the occasional historical marker reminding you that white folks weren’t the first people here and did some, lets say, shady dealings to get the land.. farm stands selling zucchini and eggs and cabbage, all on the honor system.. I chased a rain front the entire way, everything smelling wet, green, rich and loamy, clean. I kept crying in my helmet, feeling so tired and drained from over a year of loss and mourning, and the Northeast countryside of my youth is a comfort.

I finally got in to Seneca Falls, NY, where I’m staying at a swank hotel for the night. I took a long, hot shower to get the road (and cheap motel) funk out of my hair, and just as I finished the power went out! The sound of the shower had masked the sound of the deluge outside, and I sat in the large window seat of my top-floor room watching lightning stab at the hillsides of the Finger Lakes region. Rain in sheets, water flowing down main street towards the canal, sirens in the distance. I ended up in the hotel bar, the kitchen being closed, and drank my dinner, sampling a number of local wines. My fellow inmates for the evening included a trio of 20-somethings who are cruising the canal system, a handful of locals, a couple who piloted their boat up from Ithaca along the lake, and Gale, a stoned retiree who is on her 3rd husband and was a delight to talk to! We had 3.5 hours of drinking with strangers by candlelight before I had to head to bed. 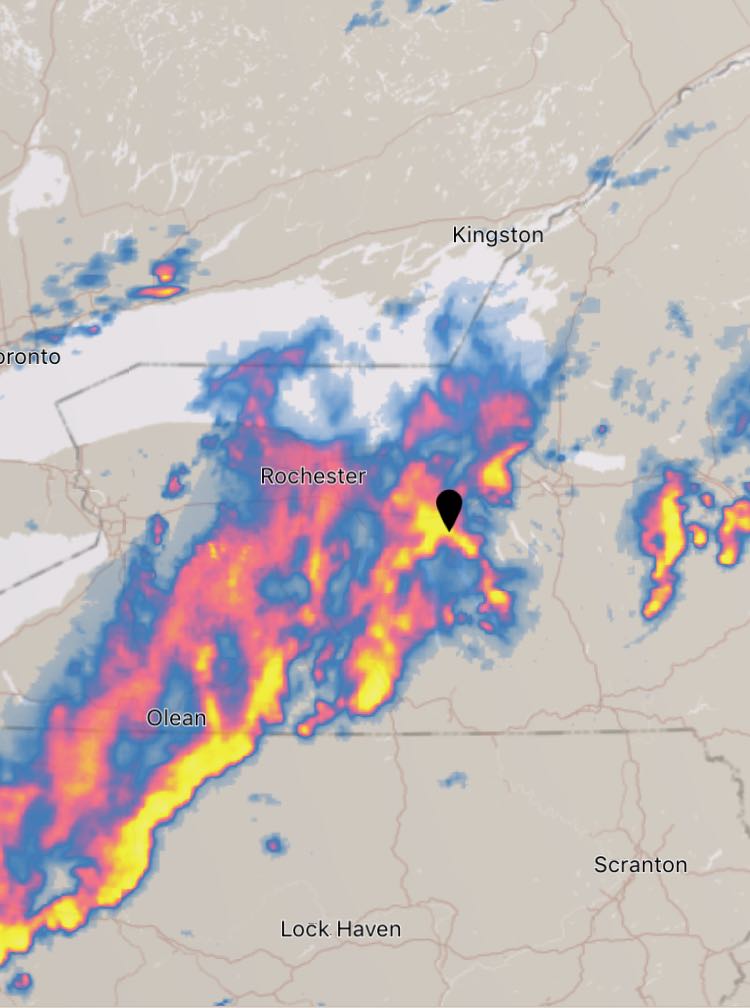 Living in Seattle, I forgot what a thunderstorm is like

Working this morning, then visiting the Women’s Rights National Park for a stamp, then finishing up at my childhood home in Vermont. 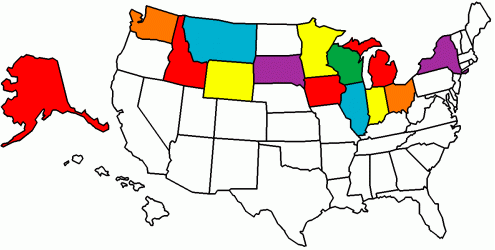