Before I forget… a huge thanks to Nancy, Jeff, and Tara (as well as the rest of the Tong family) for their work and support - without you, these great events just wouldn’t happen, and we all appreciate the unseen labor that goes into pulling these off. Know that I will fight anyone who ever whines, complains, or gets grumpy with you! Also a huge thanks to the volunteers at check-in, taking photos, directing us, working with venue staff.. the little things count, and you are the always-needed lubrication for the gears, making everything smooth. Many thanks! 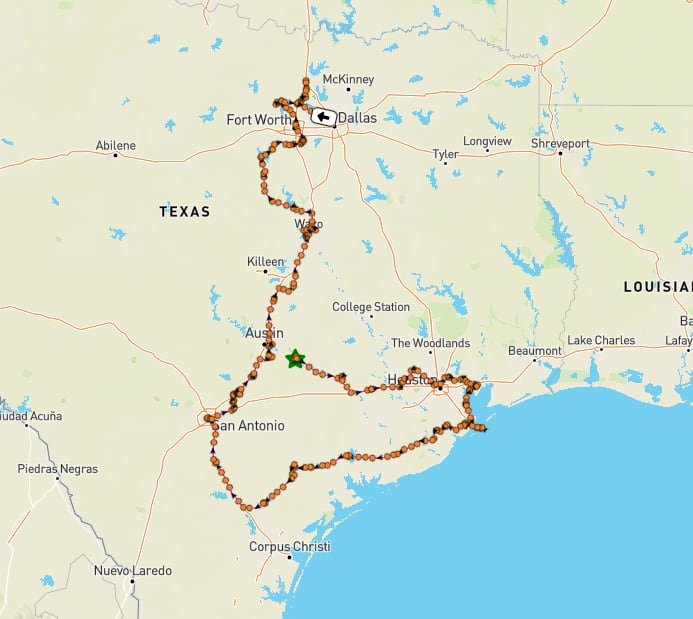 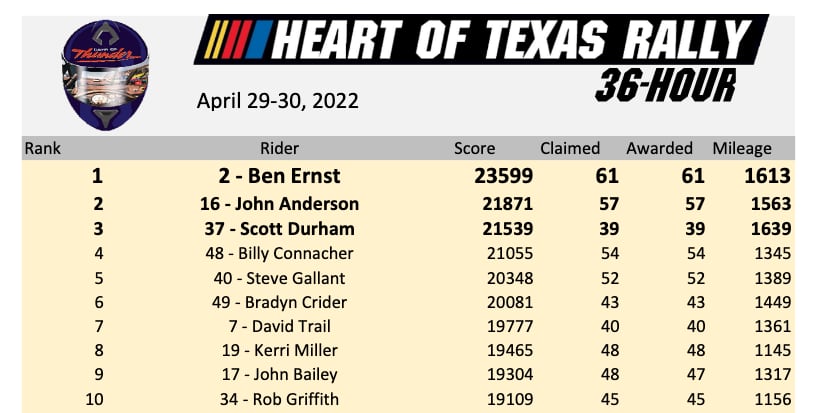 8th place? Not too shabby! Points-wise, I was the most efficient rider in the top 10, which seems to be a trend with me. Imagine what I could do if I could figure out how to get more miles in… 🤔 …I’m not sure efficiency holds up as you add miles; the value of each additional mile must drop as you stretch to increase the total, since you’re having to add less and less efficient stops (if they were efficient, you’d already have included them most likely!) This is similar to the Independent Chip Model for calculating equity in poker tournaments… but that’s a whole different obsession of mine! 😄

Scoring was, as ever, a breeze thanks to the rally app that Paul and company use. No bonuses were denied, and I scored exactly what I thought I would. The spreadsheet that Paul sent out to help with planning was an amazing resource, and I can’t emphasize enough now much that helped for route planning.

One thing to mention at scoring was some laughter with Jeff, my scorer, about the whole “note from mom” thing. There was some stern looks from the rally master, sitting across the room, but no words were said - I knew I was in for it. Payback for a good prank is sooo worth it, though!

My bestie Nancy, part of “Squid Squad” from Alaska and Baja, came up from Georgetown, TX to hang out and drink beer with us, so after a quick shower and a change into street clothes, I wandered down to join her and the rest of the rally family in the courtyard, listening to lies about motorcycles. Folks kept asking “what did you DO, Kerri?!” having heard only that I was “a legend” via Facebook.

Dinner was great, as always, and then came time for awards. Paul called Nancy and I up in front of everyone and told HIS side of the story, including this bit I hadn’t realized: 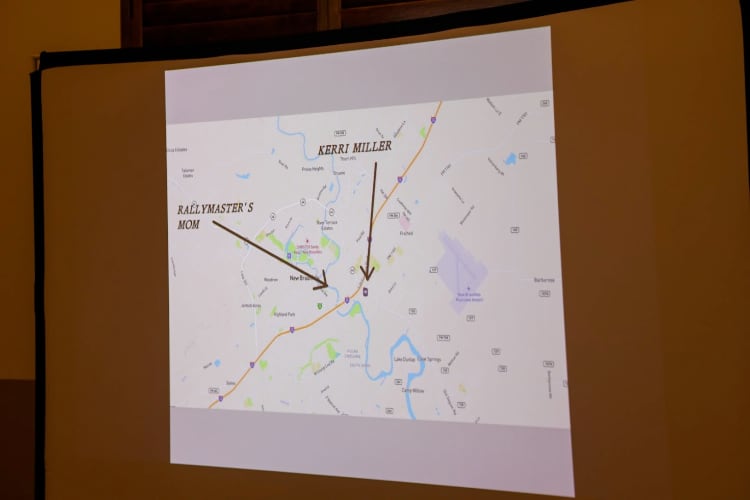 Apparently his mom was vacationing just a short distance away from where I stayed overnight in New Braunfels! This only added to his falling for the ruse.. but what really sold it was when he called his mom, she was cagey about it and played along as if I had stopped by for lunch with her! Such a good sport… thanks, mom! ❤️

Paul decided that the punishment was that Nancy and I had to sing “I’m a Little Tea Pot” (complete with dance moves) in front of everyone.. I just about died laughing, but Karen Handley and Tara Tong jumped up and joined us in solidarity, and we muddled through it. 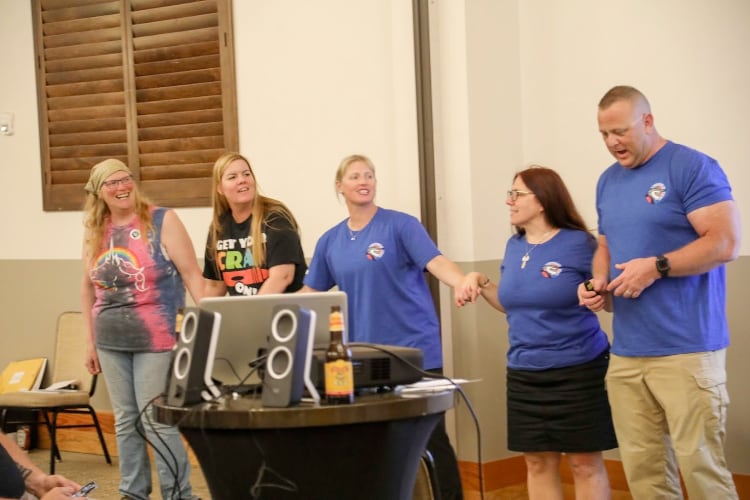 I’m pretty happy with 8th place. I came in targeting a top 10 finish, figuring I had an outside shot at a top 5, and it was really super close; 2-3 more bonuses more and I’d have been there.. but I had a plan and I rode the plan, and finished pretty much spot on time. I deliberately planned only 5 minutes per stop, rather than my usual 10, as a personal challenge to up the pace, and I stuck to that. I even had a number of delays, snack breaks, “sit in the shade and cool off a bit” stops, and still finished on time. The sheer number of stops in this rally (~48) though meant that each stop, even if it were only 3 minutes instead of 5, added up to serious time. Combine that with my allergic reaction to speeding (despite the conversation with that nice sheriff..) and I artificially limited the number of miles I could run, something I need to figure out if I want to crack the next tier of results. 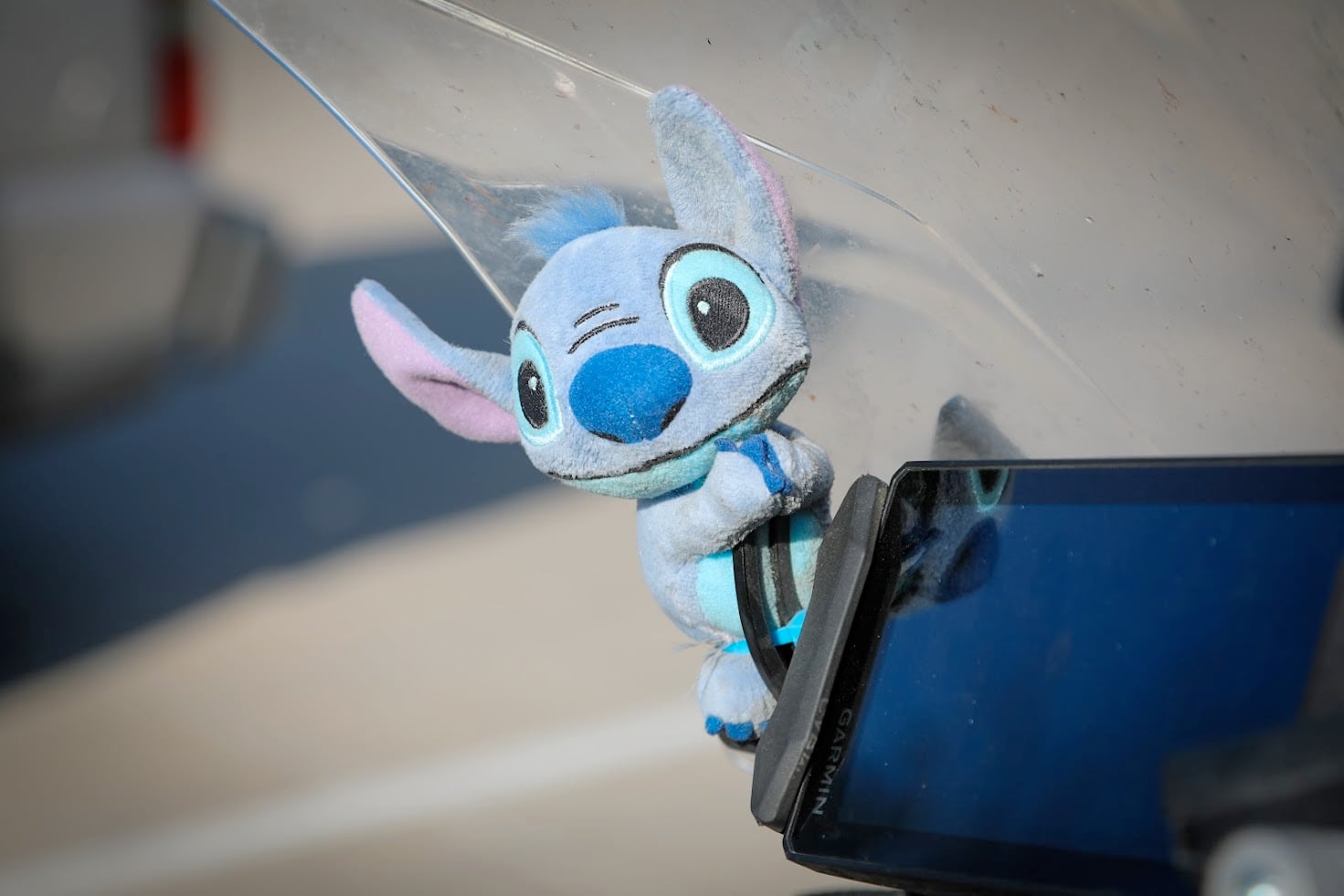