Staying in hostels is a bit of a crap shoot. I always stay in female dorms or single rooms, and occasionally you get the drunk roommate staggering in at midnight, but no real drama. Due to a number of festivals in Queenstown, plus, y’now, Queenstown, I ended up in a coed dorm. “Ok, well we’ll just deal.”

Honestly, I wasn’t really upset when at 4am one of them drunkenly came in with his drunk lady friend and started to have sex on the next bunk, because hey, I’m sex-positive and they know I’m here, right? …and they think they’re being quiet, but.. well, she was quiet, but he was a bit of a screamer. :/

So, another early morning for Stella and I! 😂

Got a scone and cappuccino (switching it up a bit!) and got the hell out of Queenstown while the majority of the population were sleeping off their hangovers. Was gassed up and on the road by 7:30am, a chilly start making my way down the southern arm of Lake Wakatipu, stuck behind busses and caravans, but still carved some nice lines in certain points. Once past the end of the lake, the land flattens out, and the road straightens, and it was a fast ride down to Invercargill, where, I’m told, “Nothing really happens, but then, nothing really happens!” 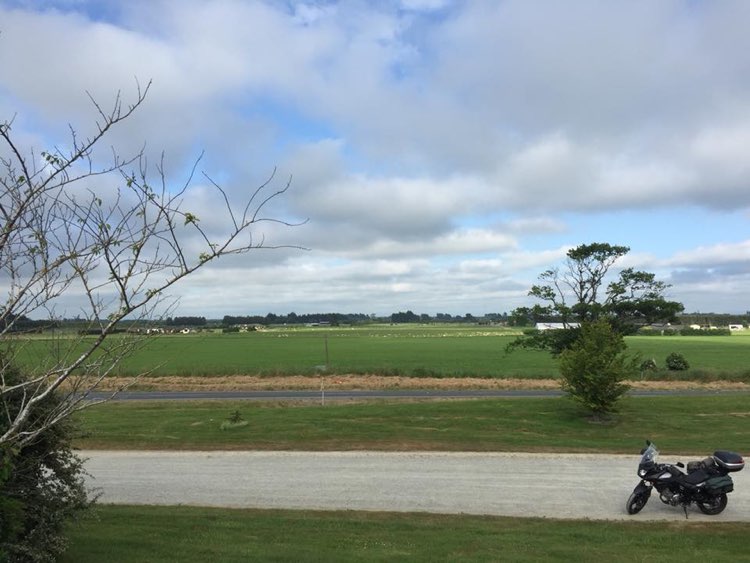 Why am I here? Well the first reason is to stop at E. Hayes & Sons Hardware, which is both a hardware store AND a vintage motorcycle museum. The prize jewel of the collection is Burt Munro’s original workshop, including the ACTUAL 1920’s Indian that he modified to hell and back and infamously set land speed records with in 1967 (documented in the movie The World’s Fastest Indian) 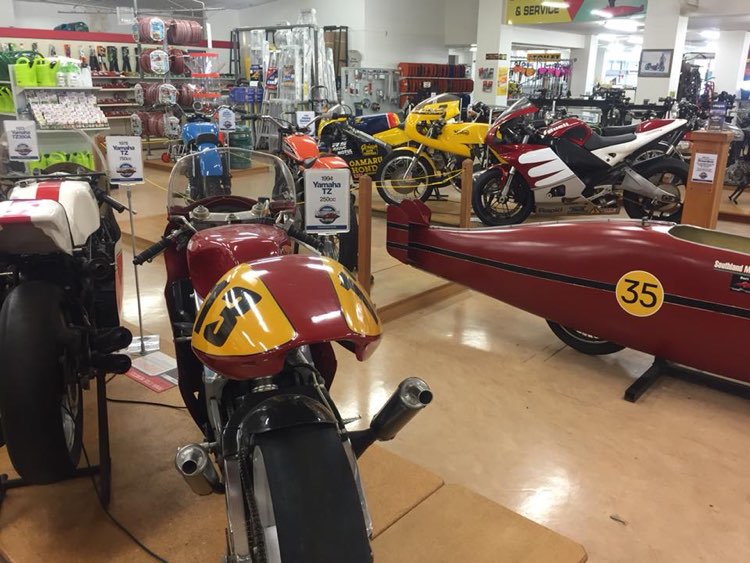 Literally a museum in the middle of a hardware store

I then walked over to the other attraction in town, the Classic Motorcycle Mecca museum. Hundreds of old motorcycles, scooters, and trikes from the 1900’s to the 1980’s.. amazing and motorcycle-nerdy. Worth the admission for sure! 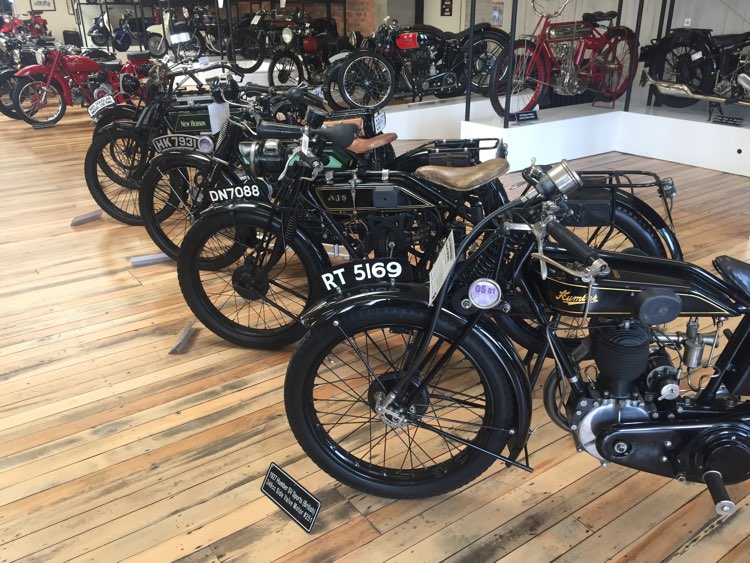 I wandered around Invercargill a bit.. it feels like so many of these towns - it had a boom at one or two points way back when, and there’s enough people around to justify still having a town with a pretense of commerce, but not quite enough prosperity to keep things in well-tended condition nor storefronts full.. but the signs of youthful energy and people trying to make a go of it abound. There are more depressing towns, for sure, but the only touristy thing to do is the motorcycle museum.. 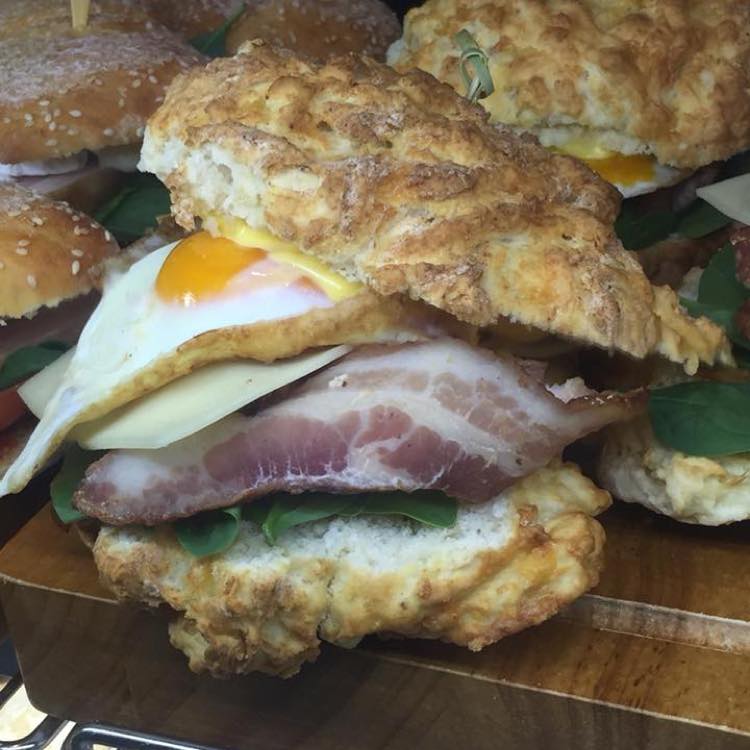 My kind of scone!

I then headed south out of Invercargill to the tiny port town of Bluff, which is the end of NZ1 (“Bluff: Where the road begins”) and the furthest point south you can drive. Before I could even park the bike this older gentleman was already approach and talking to me. I love getting to meet people, but no one really understands that between the helmet and the ear plugs, I honestly can’t hear a thing they say! He was quite chatty, and shook my hands several times. Roy, his name was, and I got his life story within 5 minutes of meeting him. He then got distracted and wandered of to chat with the Jehovah’s Witnesses that were pamphleting (which is weird, because this is a tiny car park that holds maybe 5 cars at the tail end of a dying port town, but I guess you go where God calls you!)

Roy - that what the older gentleman - started in on something, and his wife Frances came over to introduce herself and we had a nice chat about America, and I got to explain where Seattle was in relation to LA.. next time someone posts one of those “Americans don’t know where __ is!” I’ll thank you to remember Frances, who thought America was were China is… 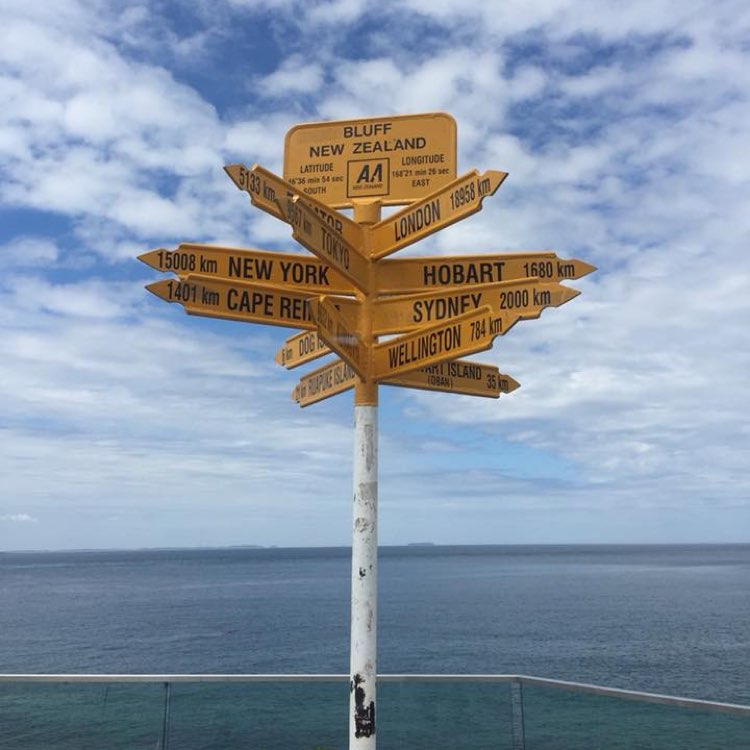 This way to everywhere else

She took my photo under the obligatory sign post, and gathered up Roy (“Those poor folks.. we live up the street and he comes down here every day and just talks and talks at them.. “) and I wandered to the lighthouse to use the WC, which was also my first automated toilet! You push a button, a light on the outside turned blue, and the door slides open. The walls are tiled and sport spray nozzles all over. The door slid shut behind me, and a helpful voice told me I had 10 minutes to do my business.. and then the Neil Diamond muzak kicked in (seriously, it was a cover of Sweet Caroline.. certainly helped me pee in a hurry!) Toilet paper? Yeah, push a button, it is extruded from a wall slot. Touchless sink controls, naturally. Push another button, the door slides open, and the voice intones “Thank you for using Exaloo!”

OMG I found a video of the EXACT toilet I used! EXELOO - Public toilet in New Zealand. - YouTube 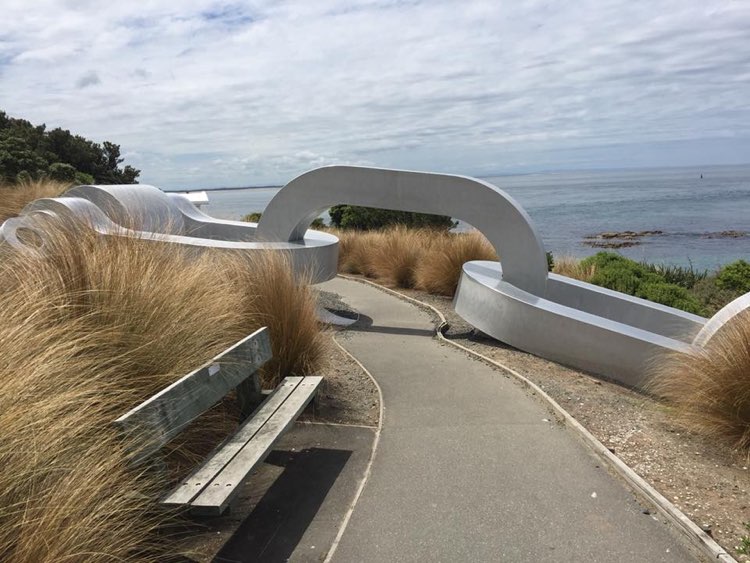 Sculpture at Bluff, it is Maui's chain that he used to pull New Zealand up from the bottom of the ocean..

Back on the bike, y’all!

Stopped for gas and tried a gas station hot dog.. I’d seen them in a number of gas station delis (or “dairies” as they’re called here) and decided I needed to try one. The young girl at the counter called it a “chili dog” but I’m not sure the Kiwis understand what “chili” is, because this had cheese, onions, and a coleslaw made not with mayo but with a sweet honey mustard. It has pretty great, but.. not “chili”..

I took NZ 1 north to Gore, which has a reputation in Wellington as the redneck capital of New Zealand. I thought it was actually fairly nice, prospering with obvious farm success in a way that Invercargill’s farms clearly weren’t, but also just enough tourist money from the trout fishing to have some amenities catering to out-of-towners. I don’t know, it was ok riding through. I don’t know what a New Zealander MAGA bumper sticker looks like, I guess.

The road out of Gore cut through a line of hills and we began to climb again, the road to ourselves, with hills and trees and verdant grassy sheep fields replacing dusty brown cow-feed crops. I turned off the main road and had about 50km more or less to myself through Tapanui, until I found the sheep farm owned by my hosts, Alex and Gloria.

I can’t say enough nice things. They’re retired, Gloria an ESL teacher at the local college, Alex a sheep farmer. Their current farm they call a “lifestyle farm” 25-acres and about 100 sheep. Their eldest has the family farm now, 800 acres and 2500 sheep (!) They built out these guest houses for foreign exchange students to have more immersion exposure and they just love visitors, treating me to a lovely cup of tea and slice of cake when I rolled in, and later a wonder meal finished with a glass of local wine and some lemon tarts Gloria made. She also sent me out to the guest house with sliced pears and home made marmalade for breakfast, and Alex showed me around the farm, encouraging me to wander around.

Me: “I’ll close the gates.” Alex: “Nah, that’d just confuse the poor girls.. just leave them open, they know where they can go and where they can’t.” 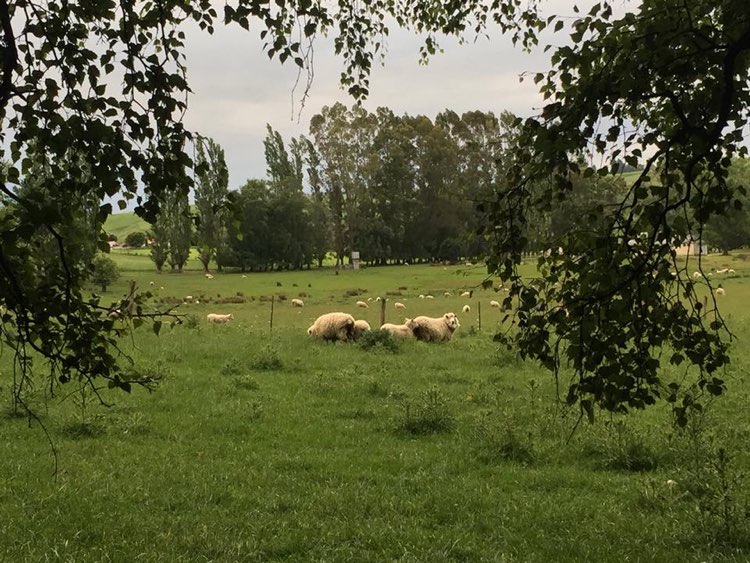 Smarter than you or me, I reckon 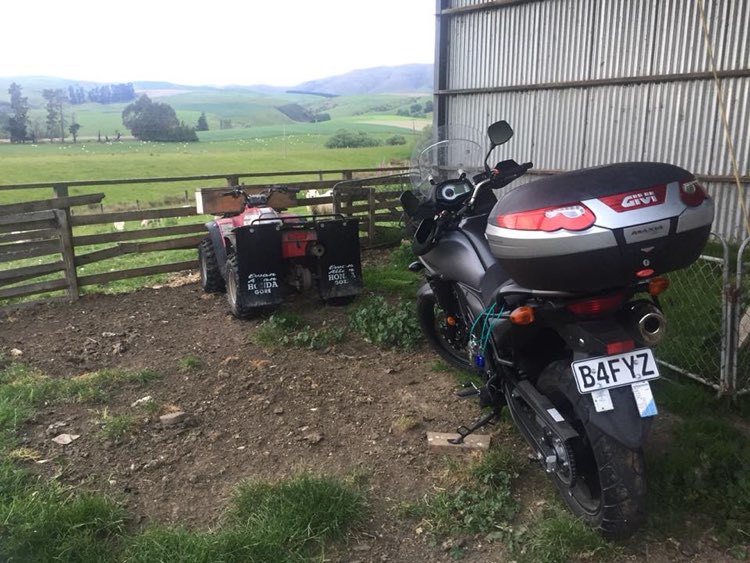 Stella spent the night in the barn, otherwise the sheep would knock her over!

I can’t even tell you how nice they are. AirBnB gold. The sun is down, the birds are still chirping in the gloaming light, and the cries of sheep and their lambs across the softly ebbing pastures is all I can hear. If there’s a heaven, this might be it.

Gloria's flower garden was in full bloom, and Stella insisted I take this photo

Tomorrow I’m calling an audible and heading to Dunedin, Moeraki, and spending the night in Oamaru. Shouldn’t be more than 225km, a “short” day, but I’ve got some sightseeing to do, and after 3 days of 400+ kilometers on the twisty, narrow roads, a couple short days are welcome. 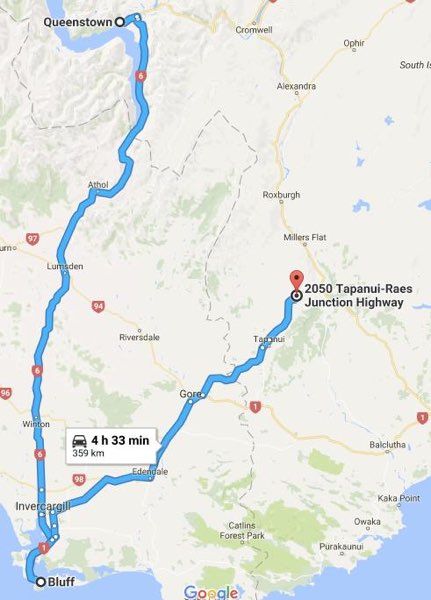