Set off from Steamboat around 8:30am. Slept in after a fun evening with my new friends from Georgia, but was delayed when an older gentleman who was basically an Indiana version of my Grandpa Miller just walked up to me and started talking. Apparently his name is Larry and he runs 1500 acres of hay for his 600 head of cattle and hogs and wow I know a lot about combines now. Also, he dropped a little tourism pitch for the replica Noah’s Ark to which I politely nodded (and honestly, if I was there, I’d go see it because why not?) He also told me all about his daughter who speaks like a dozen languages and works in Washington (“but not the swampy part!” he said with a laugh) and he has chores and oh my god I know so much aobut his life now.

So now I have a friend in South-Central Indiana. 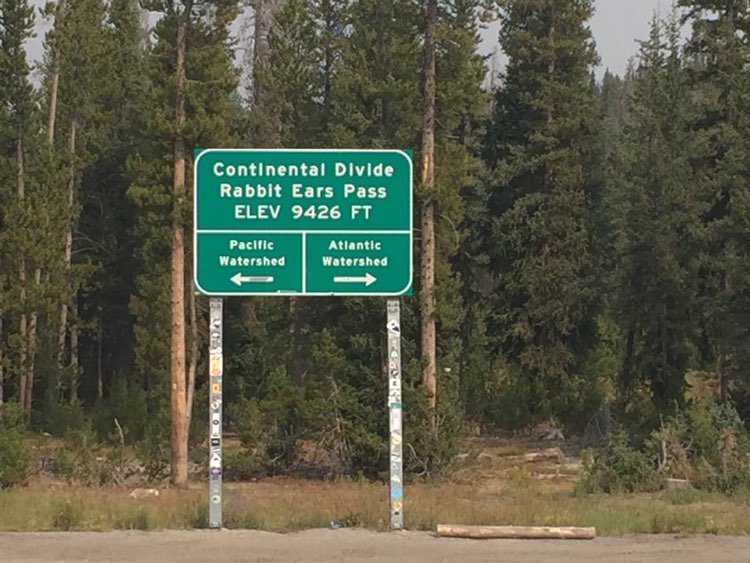 First crossing of the CD on my motorcycle! Not the last I’d take today.. would cross it 6 or 7 more times at it and I squiggled our way through the Rockies.

Dusted off the ash from the wildfires and took off. Lots of great ravines and canyons today, and then US36 through Rocky Mountains National Park. HIGHLY RECOMMENDED and no, there are no guard rails, and it winds along a ridgeline at 11,500 feet for about 7 miles, at one point having a drop off on BOTH SIDES OF THE ROAD… but I survived! CLEARLY! Too much traffic to take many photos, and I really felt the pressure to get to Boulder and wrap this trip up; this is the 7th day in a row I’ve ridden 180 miles or more! Didn’t see any wildlife, although some Harley guys at one stop said its common to see moose and marmots on this ride (but what does he know, he rides a Harley ;) ) 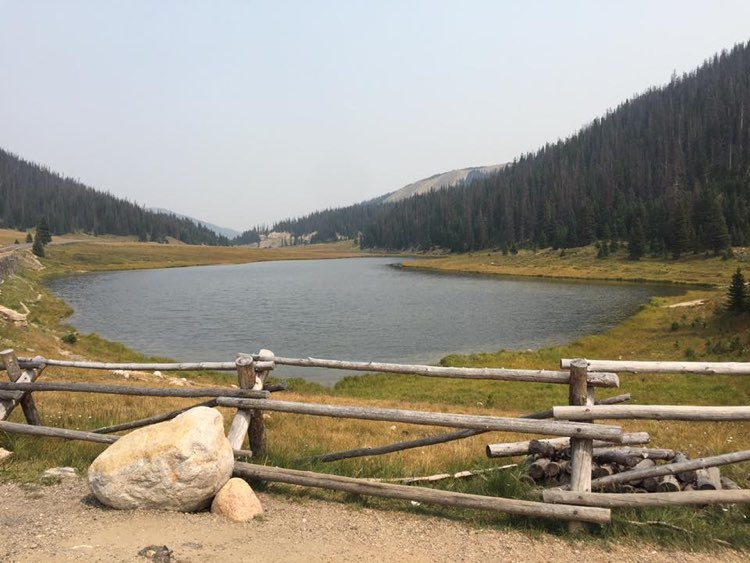 2 streams come out of this pond; one flows to the Atlantic, the other to the Pacific. 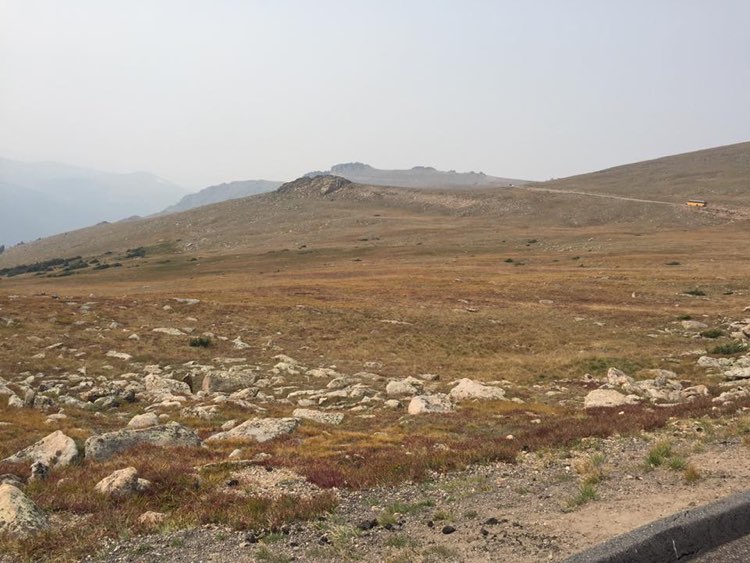 Along the Trail Ridge Road. The terrain reminds me of Iceland, but I'm up around 11,800 feet here.

Dropped down into Estes Park, and I can see I’ll want to come back up and do some touristy shopping there. Rolled in to my AirBnB here in Boulder around 3:30 and met my host, Lon, and his dog Lacey, who TJ would LOVE. Really missing doggo right now, and having second thoughts about this trip but whatever I’m HERE NOW. Did some errands, including buying a cover for the bike (left mine back in Seattle – oops!) and learning that Colorado has really “weird” rules about beer and wine in grocery stores.. 🙄 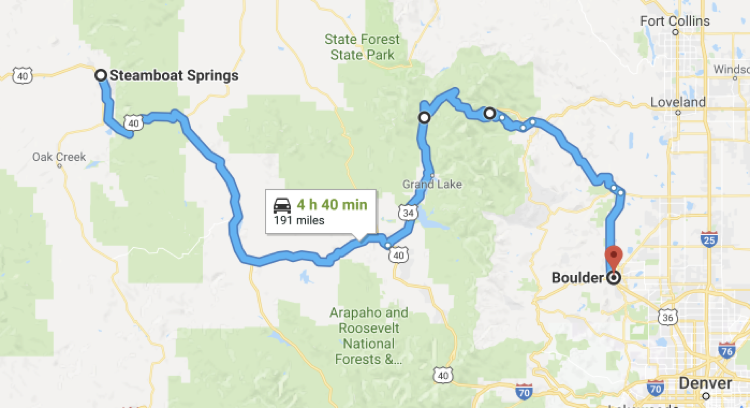 I’m here, I’m safe, I rode my motorcycle more than 1600 miles in 6 days, across 2 time zones, 6 states, and survived.. and honestly feel like I could hop on the bike tomorrow and ride some more. I’m in no way sick of it.