Seattle to PDX the backway

288 miles. Saw 4 of the 6 main 🌋 in the PNW. Paid $1 to cross the Bridge of the Gods. Caught up with a pack of Harleys and rode sweeper for them for 60 miles of forest service roads.

Yesterday started bad, but got better as the day went on. Around 4pm my team finished a major milestone on a project that has consumed nearly the entire team for 3 months; we’re not done yet, but just getting to this milestone is a big deal; nothing cures like shipping!

Today was a marked improvement. I spent a few hours working in the morning then I hit the road on the motorcycle to Portland, where I’m speaking on a panel of conference organizers at Write/Speak/Code. I took the back way down to Elbe, WA, through Buckley and Ohop, then WA7 to Morton, WA to top off the tank. From there I bounce east on US12 to Randle, where a right takes me onto FS25, a summer-only road that traverses the eastern slopes of Mount St Helens. 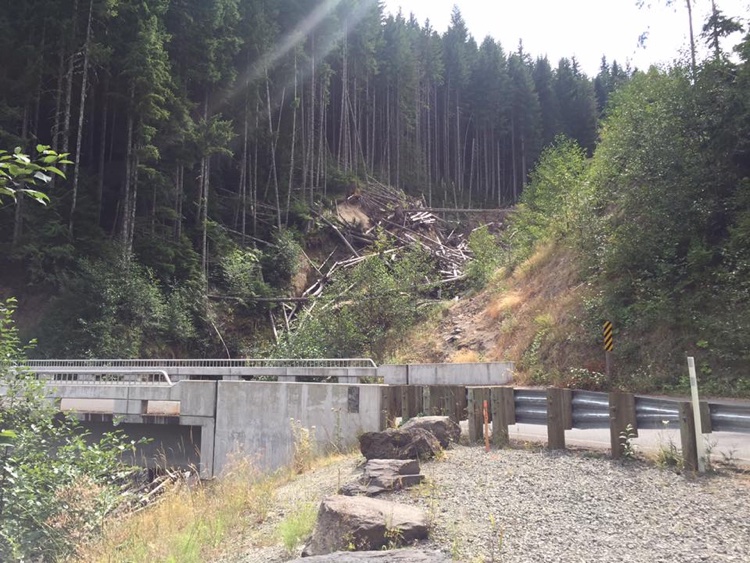 FS25 is closed 6-7 months out of the year, and winter avalanches and spring floods take a toll. This bridge was washed out for 2 years alone, waiting on repairs... 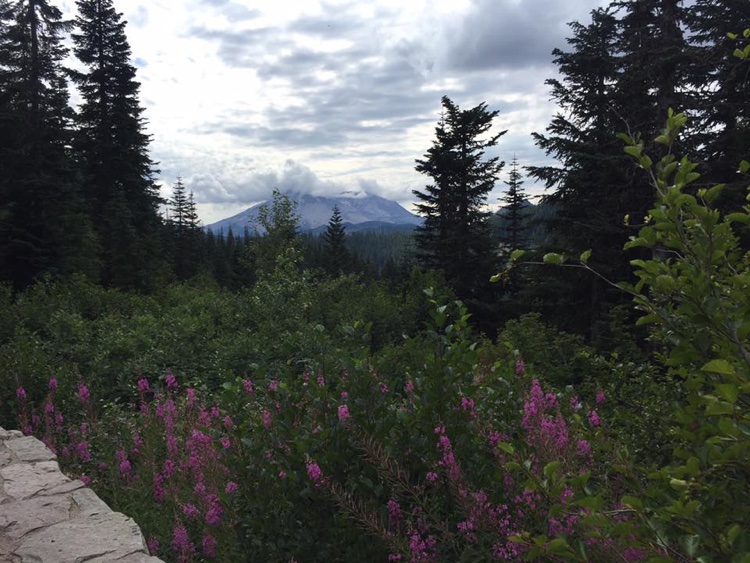 A shy Mt St Helens viewed from the east, a side most people never see.

Coming down towards the Swift Reservoir, I played cat-n-mouse with a trio of Harleys, eventualy settling into a sweeper position with them for 25 miles or so. I followed them down to the Swift Resivor and FS90, where they turned off to a private camp. I continued on to FS30 and eventually ended up at the Bridge of The Gods. I paid my dollar and tried not to look down through the open grate decking at the Columbia River below. With a couple hours of daylight left, I hit the slab west from there on I84 through the Columbia Gorge, stopping off for the waterfalls and the Vista House, naturally, gradually picking up more and more civilization in the suburbs of Portland, Oregon. With the last bits of summer light, I hit my hotel and a well deserved beer. 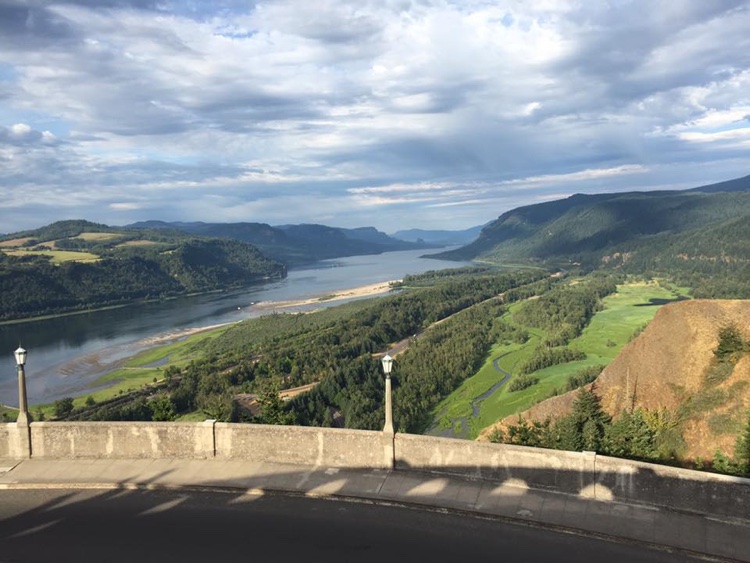 The view from the Summit House, looking eastward up the Columbia River Gorge

I am not getting out of this chair at the pub below my hotel until they run out of beer.